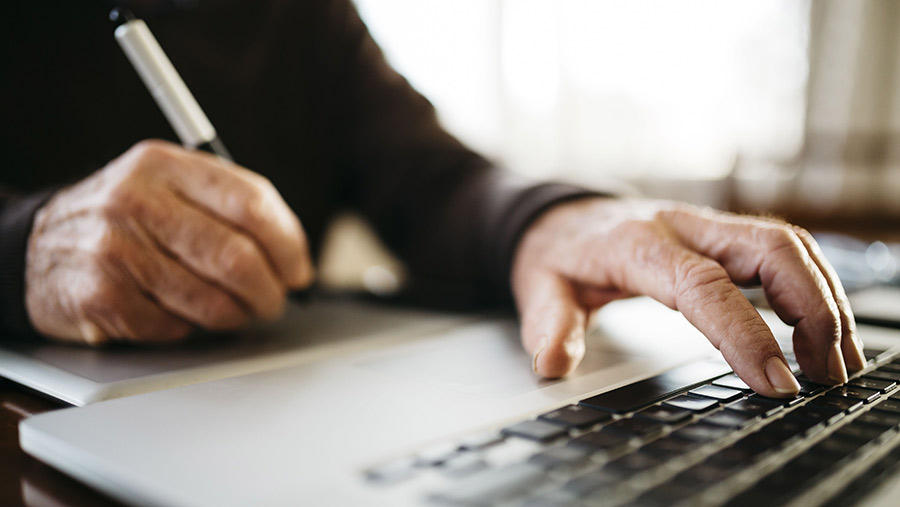 The opening of the BPS application window in England has mobilised farmers and agents to think about buying and selling entitlements, with traders reporting an upsurge in interest over the past week.

Non-SDA (Severely Disadvantaged Areas) entitlements are currently selling for about £135-£160/ha (plus VAT), with traders reporting there are good supplies available.

The SDA market is much quieter, with few entitlements currently on the books.

Hywel Davies, chartered surveyor with Cheshire-based Rostons, said it was the time of the year when agents were sitting down with clients to go through their BPS applications and as a result the phones had got busier.

“It’s definitely picked up over the last week – both in terms of sellers and buyers.”

Mr Davies said the most recent deals he had done on non-SDA entitlements had ranged from £135-£150/ha, plus VAT.

Hugh Townsend of Exeter-based Townsend Chartered Surveyors said the market has been trading at about £135/ha plus VAT for big lots over 50 entitlements, £140/ha for mid-sized lots and £150-£165/ha for the small lots.

To date, he was seeing more interest in larger blocks than smaller ones, but trade was not as busy as it had been at this point last year.

“We think the activity is going to be delayed because of Brexit.”

“With SDA we haven’t got many to sell and we have a few people looking. People are wanting £200/ha and over for them.”

Colin Stewart, partner in the Perth office of Galbraith’s, said the bulk of trade had been done ahead of the entitlement trading window in Scotland closing on 2 April.

“I would say demand, in terms of volumes, has not been quite as busy this year, but it has still been a relatively active trading period. Supply has been pretty similar to last year.”

The Welsh entitlement market has been fairly quiet, with entitlements on offer at about the £65-£80/ha mark.

The deadline for online transfers in Wales is 30 April.

Northern Irish entitlements are achieving face value, therefore an entitlement with an average BPS payment value of €227, plus €100 greening, is trading at about £280/ha ha plus VAT.

The deadline for entitlement transfers is 2 May.

Farmers in England are being warned that there are glitches with the Rural Payments Agency (RPA) online entitlement transfer system that may prove unsettling.

According to Townsends, problems include the RPA sending multiple copies of a confirmation of transfer message, which raises fears that more entitlements have been transferred away from an SBI than intended.

However, checking the “Transfer in and out” screen should confirm that only one transfer has been made.

Other transfers have been held up because the transferee appears not to meet the active farmer test, even though this is no longer a requirement for BPS claims.

The deadline for transfers in England is 15 May.