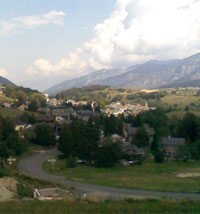 Steep falls in farm incomes, more intensive farming and land abandonment on a significant scale are on the cards if direct payments to farmers are cut following the next CAP reform.

The gloomy forecasts are contained in a recent EU Commission study looking at the impact of possible policy change over the next 10 years.

The report considers various scenarios, all involving significant cuts in direct payments to farmers, with a related increase in rural development funding. In the most “liberalised” scenario, direct payments are removed altogether, along with all other market supports.

Under these circumstances, the report forecasts a 30% drop in income on arable farms and a 60% downturn for livestock.

“Much of this loss of income would not come from reduced revenue from sales, but from the removal of direct payments,” it says. “The associated loss of asset values – especially land – would also have an impact on the financial situation of farms.”

As a consequence, the EU Commission believes a move to cut direct payments would lead to a contraction in the farmed area.

“Reducing first pillar payments leads, on the one hand, to intensification in the use of land in the core production areas to earn a decent living and, on the other hand, to land abandonment in marginal production areas,” says the report.

This would have serious environmental implications, “as many valuable habitats depend on appropriate levels of land management”.

EU farmers’ group COPA said the report confirmed its worst fears. “In the less competitive regions, land abandonment would be accompanied by environmental decline,” predicted secretary general Pekka Pesonen. “A strong CAP, which maintains direct payments to farmers, is vital in the future.”

NFU policy director Martin Haworth said the study reflected the shifting political scene in Brussels in the run-up to the next CAP reform.

“Two years ago there was a lot of pressure for budget cuts and a radical CAP reform, as people were saying agriculture was an industry of the past and the emphasis should be on supporting industries of the future,” he said.

“But the situation has changed dramatically. While the total EU budget is under pressure because of budget deficits in many member states, agriculture is now seen as an asset for Europe. The financial pressures faced by many farmers in Europe last year have also made people realise budget cuts are not advisable.”

Against this changing attitude, Mr Haworth said the recent CLA/RSPB policy document calling for more funds to be shifted from direct payments to rural development was out of kilter with the political reality.

But RSPB head of agriculture Gareth Morgan insisted that direct payments were not the answer. “The single farm payment systematically fails to target support to those who need it most. What we need is a system of payments that reward farmers for delivering public goods and to get this, fundamental reform is needed.”

For more on this story, see Phil Clarke’s Business Blog