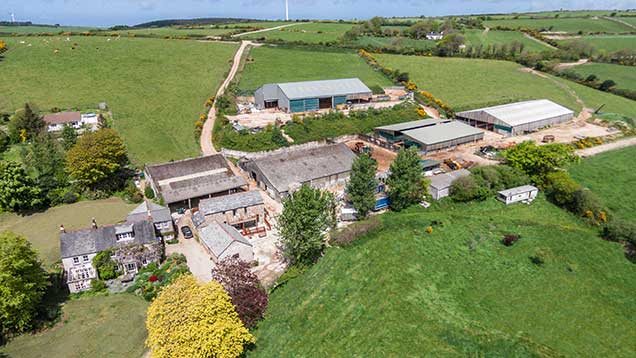 Farmers have expressed fears of a public backlash after details of individual subsidy payments were published on Defra’s website.

Names of recipients, the area farmers live in and a breakdown of their CAP payments are now available on a database, which anyone is able to search.

The information was made public following changes to European legislation, which said members had to publish the details of recipients of CAP subsidy payments.

Introduced across Europe last year, the rules mean that all payments made between 16 October 2013 and 15 October 2014 have to be made public. However, those who received less than €1,250 (£890) are not identified.

While some farmers have said they are happy for the public to know how much they received in subsidies, they have warned that without fully understanding the information on Defra’s website, it could lead to farmers being viewed negatively.

Kevin Beaty, who runs a 300-head dairy farm in Ivegill, Carlisle, said: “It doesn’t bother me [if people know my CAP payments] as it’s public information, but where there could be a problem is the context of the information.

“The database doesn’t tell the whole story. Someone might search it and see someone gets £100,000, but that doesn’t mean that the farmer’s received £100,000 in profit.

“A hill farmer may need that subsidy to be able to operate, but people won’t know their situation.”

Arable farmer James Peck, who contract farms land in and around Cambridgeshire, agreed that the data could give people false impressions about a business.

“People could see a payment for a 1,000-acre farm and assume the money is a salary, but in reality that money is being eroded by liabilities,” he said.

“Rents are going up and machinery is becoming more expensive, so for the majority of farmers when that money comes in it goes straight out again.”

Mr Peck said subsidy figures would give the public false impressions of the state of businesses, and shoppers would not link those figures with the cheap food they were buying.

“It’s government money and I understand that people want to see where it’s going, but I struggle to see what publishing information in this form really achieves,” he added,

“My worry is people will think farmers get a lot of money for nothing and won’t see all the work that’s being done to produce food and protect the environment.”