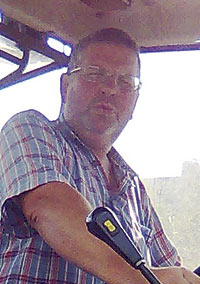 A midlands farmer is celebrating after he fought off a bid by the National Trust to claim a share of his farm subsidies.

Ian Birden of Dunsmore Home Farm near Rugby, took his battle to the High Court after the Trust tried to sue him to get more than £37,000 of his Single Payment.

Mr Birden had entered into a farm share agreement with the Trust at 540-acre Hardwick Park Farm in Sutton-in-Ashfield in 1995.

He moved to become the farm business tenant at Dunsmore Home Farm in 2004, a year before the Rural Payments Agency introduced the Single Payment Scheme.

When his SPS was calculated, the historic element of it was related to IACS payments made in 2000-02 when he was farming at Hardwick Park.

The Trust argued it was entitled to £37,593, almost a third of the subsidy Mr Birden had received, because of the farm share agreement.

However at the High Court in London Judge Toulmin found in favour of Mr Birden, describing him as an “honest and reliable witness”.

“The National Trust is such a big organisation, we were very concerned about taking it on,” she said. “If Ian had lost we would have lost everything.

“It should never have gone to court in the first place.”