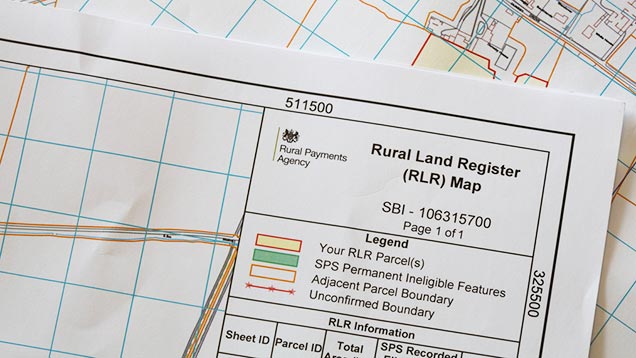 Farmers who have yet to submit their Basic Payment Scheme (BPS) application form are being urged to hand deliver it rather than post it.

Richard Wordsworth, NFU BPS adviser, said with the deadline now only a couple of weeks away it was important for farmers to manage their risk.

Farmers who had sent theirs in by mail should check their receipt had arrived, he said.

Those still to do it were probably best to take an alternative approach, given the importance of the forms and the value attached to them.

Problems had arisen in the past, even when farmers had used recorded delivery, he said.

“We’re advising people to hand deliver rather than post forms, because the receipts are taking 10 days to get back to farmers,” he said.

“Each year forms do get lost in the post, so we’re saying people should take them to drop-in centres.”

Mr Wordsworth said hand delivering a form was an easier process this year, because the Rural Payments Agency (RPA) had opened 50 drop-in centres across the country.

Staff would do a basic check of the form, and farmers would be given a receipt as evidence there and then, he said.

The checking process involves confirming people have signed the form, ticked the active farmer box, ensured at least one line has been filled in Part C and an SBI number is on the documents.

These points are coming up among the most common errors seen by the RPA when they are checking forms received by post.

Mr Wordsworth added that if any farmers were still waiting for a prepopulated form, the time had probably come for them to print off a blank application and start that instead.

“We’re probably at the tipping point, where you are better off doing that,” he said.

If you have posted your application – has your receipt arrived? A paper receipt should arrive within 10 days of the RPA receiving it. According to the RPA, receipts for all claims received before 1 May have been sent out.

If you have not yet submitted your annual claim for ELS/HLS, the deadline is the same as for BPS (15 June). The forms need to be posted or emailed to Natural England – they cannot be dropped off at the RPA drop-in centres.

Growers can check they have their greening and crop diversifications calculations right by printing off and then completing the Greening Workbook (PDF version).

There is also another online guide, called How to Complete a Paper BP5 Application (also PDF), which is a worked example of which boxes you need to fill and how.