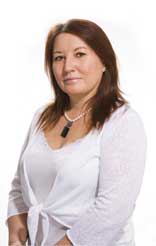 It’s appropriate this week as Farmers Weekly celebrates its 75th birthday to ask what makes a great magazine? I’ve always thought there are four key traits of a truly great publication and they are: Integrity, accuracy, responsibility and leadership.

In our exclusive investigation of the shambles that continues to be the Rural Payments Agency, readers can judge for themselves as to whether Farmers Weekly still lives up to these attributes after three-quarters of a century offering an information service as the farmer’s critical friend.

Since the formation of the RPA, our reporting of the beleaguered agency has been challenging but we’ve always set vigorous standards of fair play. We’ve been diligent in reporting the truth, guarding against distortion and have tried to offer constructive solutions to the RPA’s many problems, not just criticism.

Taking the emotion out of it has not been easy. Year after year thousands of furious farmers have bombarded us with stories about late and wrong single farm payments, inaccurate maps, flawed and unstable IT systems, incompetent managers and complaints about the futile waste of public money as the RPA stumbles from one crisis to another. It pleases no one to have to expose one more massive failure. The serious leak we received this week about missing tapes carrying confidential information about farmers is yet another nail in the RPA’s coffin.

Farmers are not at risk because critical data has now been recovered, but that will be small consolation for those flabbergasted by the RPA’s continued incompetence. This latest revelation highlights sloppiness and a system breakdown of a scale never seen before. Even more worrying, it is RPA’s own employees who are spilling the beans about the bad shape it is in. As the Public Accounts Committee hearing emphasised on Monday, there is no confidence in the system or the people that run it. Even the person in charge, Tony Cooper, now looks like a man lacking the conviction and belief that it can be rescued.

Fundamental questions still cannot be answered. Why does it cost the RPA £350m to pay £1.6bn out to 100,000 farmers? Any multinational organisation facing admin costs like that would not be in business for long.

Why has the RPA had four chief operating officers in just three years and why have they all left with massive golden handshakes, having achieved no turnaround in the RPAs performance?

How was it that those briefing Accenture to deliver the original IT system failed to explain a fundamental – that the technology had to cope with annual changes in key information? Why is the RPA still employing 100 full-time Accenture contractors on monopoly money with still no prospect of improvements in service?

Sadly the RPA was broken almost before it even began. DEFRA chose the most complex payment system it could find and layered on to it a completely useless IT programme. The reputation of this agency is now so bad that it would seem inconceivable that it could survive the review that is currently under way. Farmers and taxpayers deserve so much better.