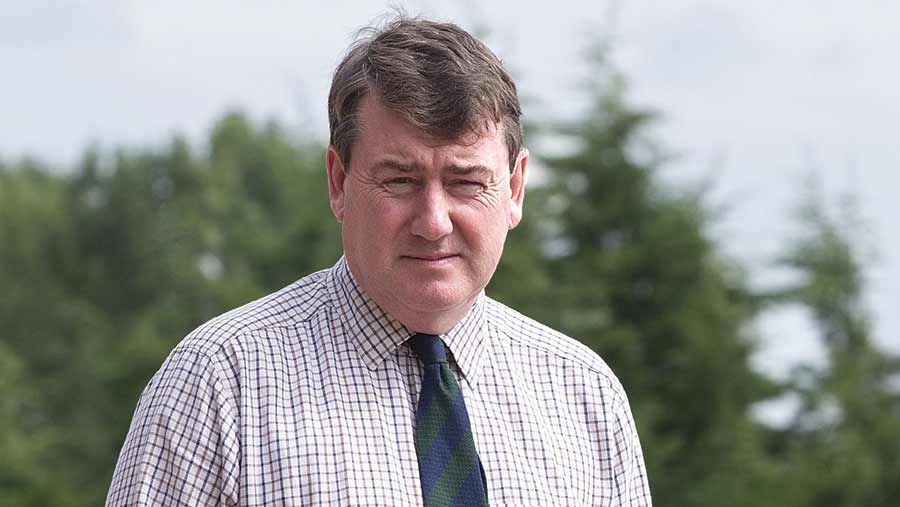 A Berkshire farmer has branded the Rural Payments Agency “incompetent” and “arrogant” after it mistakenly told hundreds of farmers to expect a delay in receiving their farm subsidies due to an inspection.

Colin Rayner, a director of J Rayner and Sons, based in Horton, was one of many who unexpectedly received the “email of doom” on Sunday (31 January).

Mr Rayner had been expecting to receive his BPS payment before the end of January because he had not been told his farm was a “complex case”.

In the email, the RPA told farmers it had not processed their BPS claims yet because their farms had “had an inspection which requires more checks than other farms”.

The contents of the email left Mr Rayner feeling confused, as he was unaware his farm had been inspected. In addition, to receive the email on the last day of January shocked him.

“We have received the [BPS] payment for Rayner Farms, but not RMC Rayner Farms,” Mr Rayner told Farmers Weekly on Monday (1 February).

“The RPA is using an excuse that we had a farm visit last year for non-payment.

Tell us your BPS story

Are you one of the 20,000 farmers in England still waiting to receive your BPS? How is this delay affecting cashflow and your business? Did you receive the RPA’s “email of doom”? Email philip.case@rbi.co.uk on the Farmers Weekly news desk now.

“We had no such inspection. We don’t know if we made the application correctly. We are upset with the cavalier attitude of the RPA.”

On Thursday (4 February), Mr Rayner was sent a second email from the RPA, apologising for the mistake.

Mr Chamberlain wrote: “Although we haven’t been able to pay you yet, this isn’t because you had an inspection. Please accept my apologies for this mistake and any confusion it may have caused.”

He added: “BPS is a complex scheme and applications need more checks on them this year because of the new scheme rules (for example, the new ‘greening’ and ‘active farmer’ rules).

“This means it is taking longer to process and pay some claims than it did in previous years.”

Mr Chamberlain told Mr Rayner the RPA aimed to pay most cases like his in February, but it could not be more specific.

RPA chiefs have pledged to pay “almost all cases” by the end of March. It is understood this represents 95% of eligible applicants in England.

Mr Rayner said: “I cannot believe the arrogance of the RPA. I was listening to Radio 4 and RPA chief executive Mark Grimshaw said the BPS scheme was very complicated and there was a lot of people to pay.

“They had a system that worked for 20 years. Why didn’t they use the old system and just pay us 10% less?

“They are also telling us that farmers should have managed their cashflow better. Ironically, we did manage our cashflow.

“They told us we would get paid between December and January. No one ever mentioned June.”

He added: “We are now into February. I feel sorry for the machinery trade. That £400m of BPS money that is outstanding is debts farmers owe to tractor dealers and fertiliser companies.

“It is not farmers paying for luxury skiing holidays – it’s to pay off debts.”

Mr Rayner said he did not know whether it would be worth going through all this grief in future years to budget his business around receiving BPS money.

“My concern is that we could fill in the forms wrong. If we make one error, we can lose our subsidies. But the RPA can make all sorts of errors and get away with it.

Here are our questions…

…And the RPA’s response:

“Letters and emails went out at the weekend to reassure farmers that we are continuing to work on their claims. We could only identify which farmers to contact once we had confirmed a final batch of payments last weekend.

“Our aim is to have paid almost all eligible farmers by the end of March with a few thousand of the more complex cases taking slightly longer, as they did under the Single Payment Scheme.”

“We don’t know what we got wrong. Then we get a letter such as the one this week saying we must make sure we are cross-complying.

“If we don’t, we will be hunted down by horsemen on horseback with rifles.”

Mr Rayner said the RPA should be ashamed of its failure to introduce the “digital-only” BPS system earlier this year.

“At the NFU conference last year, Mr Grimshaw stood up and told us he was going to deliver this fantastic BPS computer system and farmers had nothing to worry about.

“But the RPA failed on this and it has the arrogance to blame farmers and their ‘complex’ applications for their ongoing failures. Anyone else in this position at a plc would have resigned.”

Speaking on Radio 4’s Farming Today programme this week, Mr Grimshaw was in denial about the failure of the RPA’s BPS system.

He said: “I think we should remember this is a very complex new scheme with a brand-new system.

“We set out our ambitions some months ago and we have delivered exactly what we said we would deliver.”

On Wednesday (3 January), after Farmers Weekly had been made aware of this email blunder, we contacted the RPA with a series of questions asking them to explain what had happened.

Writing on his blog, NFU vice-president Guy Smith said: “RPA communications have been nothing short of shambolic.

“It now seems that some of the email recipients hadn’t actually been inspected and were sent the message by mistake. So, slowly but surely, the fog has been made even thicker by extra heavy weather from the RPA.”