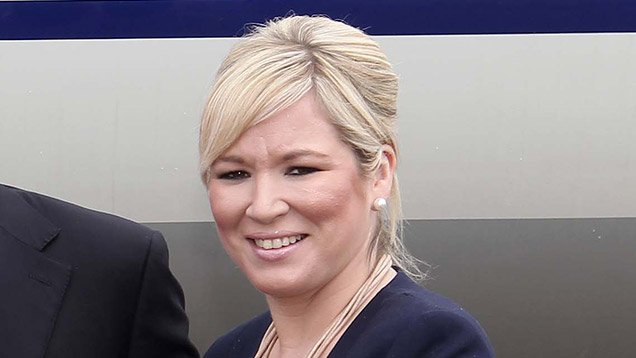 A record £223.5m of single farm payments was paid to farmers and landowners in Northern Ireland on day one of the payment window opening.

The Department of Agriculture and Rural Development (Dard) NI has set a target of 93% of payments to be made in the month of December.

“More than 27,000 payments have been issued to farmers on day one and will reach farmers’ bank accounts on Thursday 4 December,” said Mrs O’Neill.

“After a difficult year for the industry, this will make a real difference to farmers’ cashflows.”

The minister said the increase in submitting claims via Dard’s online system enabled more payments to be made earlier this year and contributed to this record payment performance.

“After a difficult year for the industry, this will make a real difference to farmers’ cashflows.”
Michelle O’Neill

She hoped more farmers would see the benefits of applying online and help the department to improve its performance further in the coming years.

“I would strongly encourage farmers to go online themselves or ask their agent or form filler to complete the claim online on their behalf,” said Ms O’Neill.

“It’s a good way to avoid mistakes compared with paper and, crucially, it will speed up payments to farmers overall.”

In England, the Rural Payments Agency pledged to pay up to 95% of single farm payments on Monday (1 December), the first day of the SPS window opening.