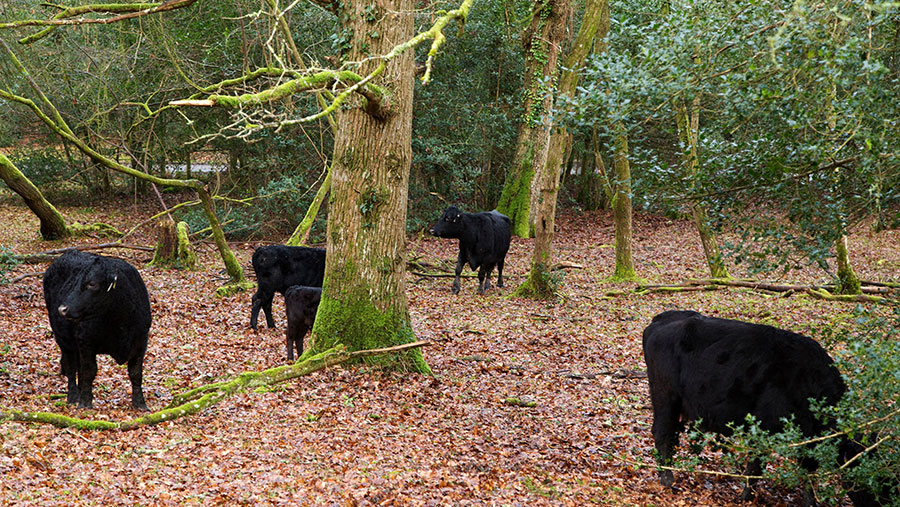 Payments had been allotted according to the number of animal identification marks registered in the previous year.

These were issued by the Verderers of the New Forest regulatory body and are known as marking fees.

But concerns were raised that the payments encouraged commoners to keep higher numbers of animals each year and this was putting forest ecosystems at risk.

See also: 4 livestock health issues to address ahead of turnout

Following a two-month consultation, the RPA has instead opted to make payments based on stock numbers during a five-year reference period.

In future, each commoner will receive a reference amount based on the maximum number of marking fees they declared in any year between 2015 and 2020, an RPA official explained.

This will be taken as an expression of grazing rights and used annually to perform the allocation calculation for BPS.

It is entirely divorced from the number of animals each commoner chooses to turn out to graze in the New Forest in the future, the official said.

The option was supported by more than 87% of respondents to the RPA’s consultation. But among the 72 responses, some expressed concern over the new system, which penalised farmers who had run lower numbers during the five-year reference period.

Some also disputed the claims about overgrazing which had led to the changes.

These were supported in a response by Forestry England, which said there was no evidence of widespread overgrazing.

There was also concern raised over new farmers who might not qualify for payments due to the reference period.

But the RPA said farmers who started commoning in 2020, and were yet to submit any marking fees, may still be able to claim BPS in 2021.

“We intend that this group declare marking fees paid during 2020 on their BPS 2021 applications and we will use this information to create a reference amount for them,” the RPA said.

The RPA is writing directly to all commoners who claim BPS in the New Forest to explain the changes.