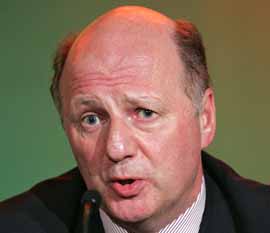 Pressure is mounting for the government to give the go-ahead to manual partial payments for farmers still waiting for their 2010 single farm payment.

The Tenant Farmers Association has warned that thousands of farmers are now facing severe difficulties because of payment delays.

The government set itself a target of paying 95% of SPS claims by value by the end of March.  But it has already admitted that this target will not be met.

TFA national chairman, Jeremy Walker, said: “Most farmers will have used this target date to inform their budgeting and cash flow assessments prepared a year ago and those who have yet to receive their payment will now be in severe difficulty.

“We are at the traditional time of year for farm rents to be paid and it is not acceptable that once again many tenant farmers will have to ask their landlords for a period of grace due to the RPA’s failure to administer the SPS system appropriately.”

The TFA will be meeting farm minister Jim Paice to talk about payment delays on Wednesday (30 March), along with representatives of the NFU and CLA.

At the last meeting with the minister at the beginning of March, industry organisations stressed the need to make significant progress on paying the thousands of outstanding claimants awaiting their 2010 SPS payment.

They said if it was not possible to do so through the RPA computer system, then there was no option other than to make partial payments on a manual basis.

“We are at the point now that unless the minister can assure us that genuine progress can be made within a short period of time there is no option but to order that manual and if necessary partial payments to outstanding claimants should be made without further delay,” said Mr Walker.

“The government needs to grasp the nettle and do what is necessary to help those hard-pressed farmers in major financial difficulty. We understand that this will not be without difficulty for the government but the difficulty being experienced in farmhouses up and down the country is intensely more acute.”

The RPA has said that any farmer (or their empowered agent) who has not been paid by the end March will be written to providing them with an update.

Letters will be sent out at the end of March and are expected to arrive during the first full week of April.

* Are you suffering because of payment delays? Share your story on the forums.