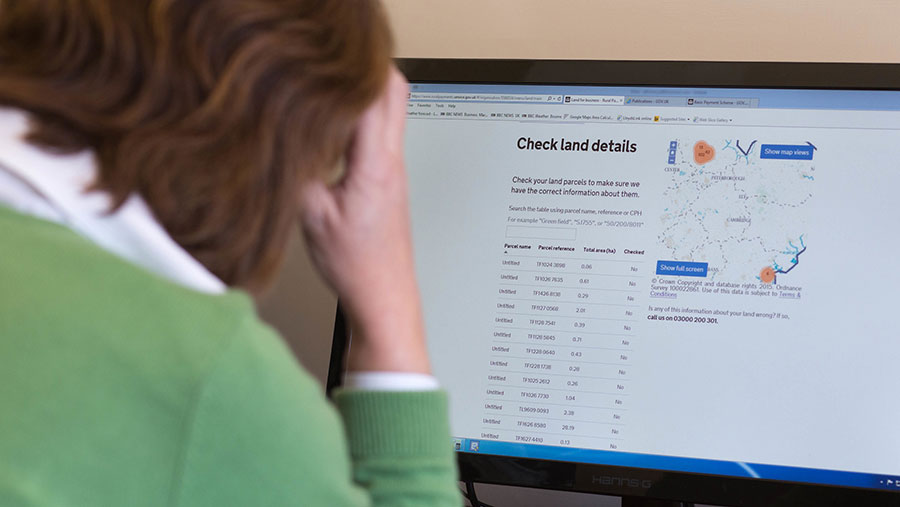 Farmers in England have been urged to check the maps held on the Basic Payment service after it emerged that the Rural Payments Agency (RPA) has incorrectly merged some land parcels.

This throws up particular problems where fields owned by two farmers have been joined together as one land parcel.

Richard Wordsworth, the NFU’s senior BPS adviser, said it was not known how many claimants were affected.

But farmers should check their data swiftly to see if they needed to submit an RLE1 form asking for the mistake to be corrected.

Where two separate farmers had seen their fields merged, it was advisable to rectify the issue before 2017 BPS applications were submitted to avoid payment delays in the future, he said.

“If two farmers find themselves sharing a field as their claims go through the application process then it looks like a dual claim, which may hold up both claims,” he warned.

“It can also throw up problems if either farmer is in an agri-environment scheme, as Natural England’s system doesn’t like it if the RPA makes changes to the maps.”

The RPA has asked that forms are submitted before 17 March to enable it to process the change ahead of the 2017 BPS application deadline.

Requests made after 17 March may not be processed in time, which will require BPS claimants to amend their online claim to reflect the true position.

An RPA statement published by the NFU said where only one customer was affected, it would continue to make changes to maps.

“However, we have amended our process so that where more than one customer is affected by a merge, the changes will not be made until they have been checked and confirmed with those customers.

“Where land parcels have been merged, either before the above change in our process or as a single-owned parcel, customers and agents should submit an RLE1 form and sketch map to request that the merged land parcels be split again.

“Where this request for a split in the land parcel involves land owned by more than one customer, submit only one request and include a covering letter to confirm that all parties have agreed to the correction.

“Completed RLE1s, sketch maps and covering letters must be submitted by post and we must receive them by 5pm on 17 March 2017.”

The admission of mapping issues comes just weeks after the Public Accounts Committee flagged that it was concerned about the quality of maps held by the RPA.

It concluded one of the reasons farmers had faced BPS payment errors was the “poor quality of the underlying mapping data”.