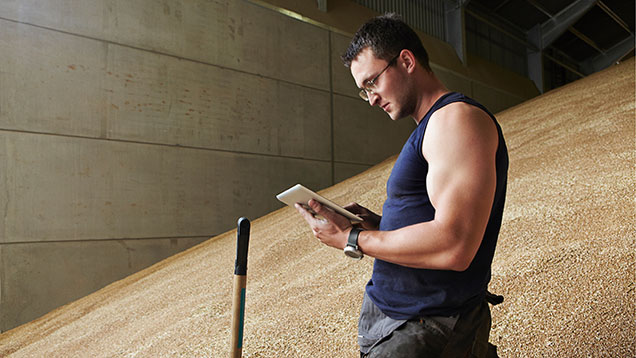 Farmers are being told to read the guidance notes before starting to fill out their Basic Payment Scheme application form – which are arriving by email this week.

The Rural Payments Agency (RPA) has confirmed it has started to email pre-populated BSP forms to claimants in England.

The first batch of emails was sent on Sunday 12 April and have been issued from the address donotreply@ruralpayments.service.gov.uk.

Farmers should start their application as soon as they received their form, said the agency.

Electronic guidance on how to apply has also been issued, with paper guidance following in the post.

But he added: “BPS is a new scheme and it is vital farmers read the guidance on how to apply.

“A range of support is available to help farmers with their applications. No farmer should be more than 30 miles from a support centre and we also have mobile support units to bring the service to areas where it is needed most.”

“No farmer should be more than 30 miles from a support centre and we also have mobile support units to bring the service to areas where it is needed most.”
Justin Chamberlain, RPA

The RPA has promised farmers will be able to drop in to one of 50 support centres across the country, where they can hand in their application form, RLE1 forms and any supporting documents.

The drop in centres will also offer farmers a basic check of their forms, such as whether it includes land data and has been signed at the end. In addition, applicants will be able to ask general questions and get a submission receipt for their form.

Farmers who need extra help and a printed form should call the customer service helpline on 03000 200 301.

The NFU has warned that it will be “complaining loudly” if farmers have not received their forms by 21 April.

It has also raised concerns that that many of the email addresses held by the RPA may not be used regularly or routinely.

The union is demanding the RPA monitor the email messages and if they are not opened, quickly send a back-up form by post.

The RPA has also made spare continuation field data sheets available on its website in PDF form.