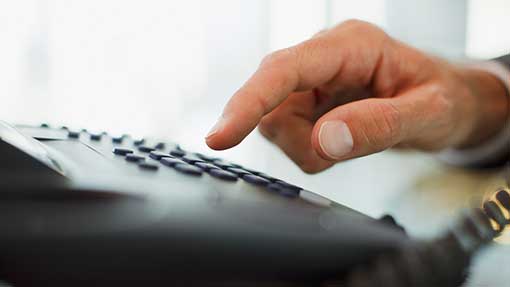 The Rural Payments Agency has extended the weekend opening hours for its telephone call centre to cope with last-minute queries on Single Payment Scheme claims.

The RPA said it was expecting a rise in calls ahead of the scheme’s application deadline on 15 May after suffering intermittent problems with its online system.

An agency spokesman said its customer service centre would be open from 9am to 1pm on Saturday and Sunday (10 and 11 May) to cope with the extra demand.

Officials at the RPA apologised for the problems faced by online claimants.

Customer services director Justin Chamberlain said: “We realise this has been a difficult and frustrating few weeks for those trying to make claims online and unreservedly apologise to our customers for the problems they have encountered.”

Speaking on Friday 9 May, Mr Chamberlain added: “The system has been working normally for 48 hours and record numbers of applications have been made over the past couple of days.”

But he warned that some applicants had left their claims unfinished on the system and urged them to get back online and complete their claims.

“The RPA will be in touch with as many as possible of these customers over the coming days,” he said.

Applications can still be made after that, until midnight on 9 June, but penalties will be applied. Applications received after 9 June will be rejected.