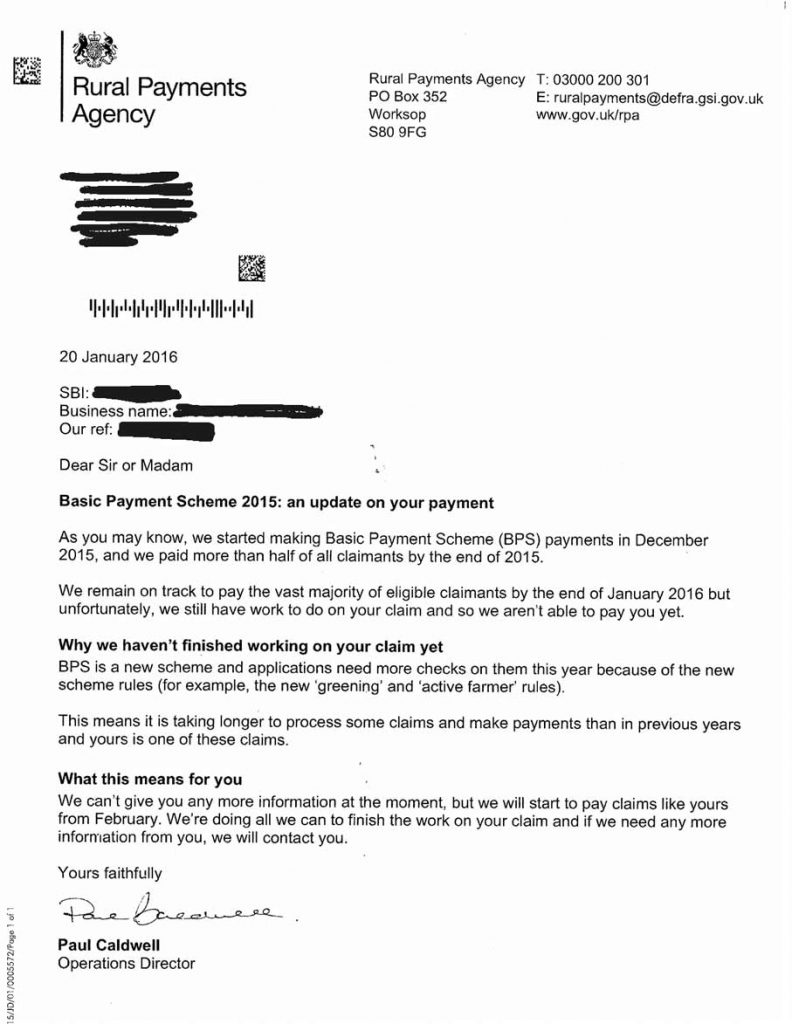 The Rural Payments Agency (RPA) has opened the 2016 Basic Payment Scheme – despite 16,000 anxious farmers still wondering when they will be paid for this year’s scheme.

“It really is deeply ironic that the RPA has officially opened the 2016 BPS scheme when thousands are still left scratching their heads and asking when they will be paid,” said NFU vice-president Guy Smith.

“How can almost 16,000 farmers and landowners who still haven’t been paid for this year’s scheme be expected to make a claim for 2016?

“If you are one of the thousands who is still waiting to receive your money, how can you feel confident that your 2015 BPS application was done correctly?”

Mr Smith said the NFU was receiving lots of letters from farmers complaining that the RPA had not paid them correctly for this year’s scheme.

“They need to see their claim statement and check that through before they can make an application for 2016,” he added.

“If there are errors in their 2015 claim, it could make applications for 2016 incorrect.”

On Monday (7 March), the RPA invited farmers and land agents to log in to the Rural Payments Service to begin the application process for BPS 2016.

Claimants can check and change their personal and business details, including keeping email addresses accurate and up to date.

This year, for the first time, farmers and agents can also use the online service to see and transfer land entitlements.

Mr Smith said: “The online facility looks OK. But our main concern is whether the business information on it is correct and how much tidying up has to be done before people are in a position to make claims.”

Last week, Efra chairman Neil Parish said it was crucial the RPA worked towards the target achieved by the previous scheme of making 90% of payments by the end of December each year.

Mr Smith went further and insisted the RPA should no longer get away with issuing “woolly statements” on the status of its payments, such as the “vast majority”.

“We think that 90% of BPS payments made by the end of December should be the barometer of success,” said Mr Smith. “It should be turned into a key performance indicator of success or failure for the 2016 BPS scheme and beyond.”

About £3m of payments, including “more complex cases taking slightly longer”, are still to be paid.

“If they are going to reach their target of paying 95% of claimants by the end of March, they will have to pay about 11,000 claims over the next four weeks,” said Mr Smith.

“They will have to double their February output. It’s going to be a tall order because as they get further into the mire, the claims get more complicated, not less.

“Even if they reach that level, it will leave 4,500 farmers still to be paid.”