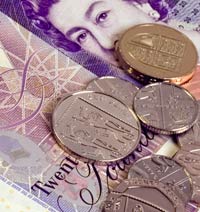 The Rural Payments Agency has paid out 27 payments of more than a million pounds to landowners and farm bodies, latest figures released by DEFRA have revealed.

According to data released on Wednesday (12 May), £88.84m of the £2.09bn Common Agricultural Budget handed out by the RPA went to a handful of landowners.

The remaining sum went to 117,575 farmers and landowners.

London sugar and biofuel firm Czarnikow Group topped the list as the recipient of the biggest payout, with about £19m.

The UK had come under fire from the European Commission after civil servants decided not to publish the data until after the result of the election had been decided.

The statistics were published by 26 EU countries, but DEFRA said releasing UK data could have risked civil service impartiality by favouring certain people who were standing for parliament.

EU agriculture spokesman Roger Waite said the commission was going to write to British authorities to underline the move was not in line with its rules.