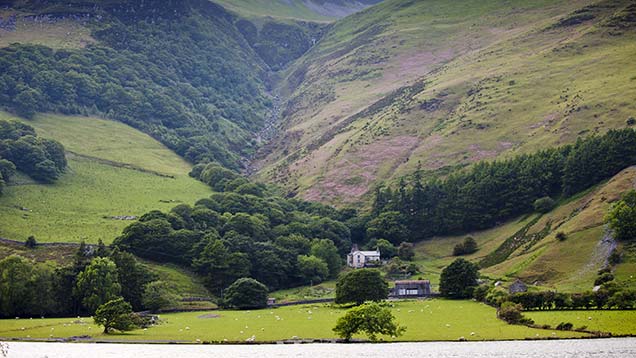 The Welsh government says it has yet to be notified of anyone’s intention to challenge the Basic Payment Scheme, despite reports that a second legal challenge is on the way.

It is understood at least three separate groups of farmers are considering whether to ask for a judicial review of the Welsh government’s 7 July decision to introduce a flat-rate payment by 2019 with a top-up or redistributive payment made on the first 54ha of any claim.

If the farmers decide to proceed, it will be the second legal challenge for the Welsh government of their BPS plans. In December 2014, a group called Fairness for the Uplands successfully argued that it was unfair to draw a moorland line at 400m and pay farmers just €20/ha for land above that line.

A government spokesman confirmed it was yet to be notified of any further legal action, although it was aware of the rumours that people were exploring the possibility.

If any challenge is to be made, it must be within 12 weeks of the decision being made public. This means farmers have until close to the end of September to decide if they want to launch a case.

“The rapidly approaching payment window, current farmgate prices and serious cashflow issues mean large numbers of farmers are terrified by the prospect of a legal challenge that may further delay payments.”
FUW spokesman

However, government sources are believed to be unsure about the grounds for any action given that the option chosen was set out in the EU regulations, was subject to a 12-week consultation period and was overall the preferred choice of a majority of stakeholders.

It was also possible that SDA farmers would launch a counter challenge if a lowland/SDA payment was opted for based on the belief that the SDA maps do not conform with the regulations.

“The amount paid to farmers is already down by about one-quarter due to the reduced budget, the 15% pillar transfer and the exchange rate, so we have every sympathy with those who will see further falls under the new payment model,” he said.

“However, the rapidly approaching payment window, current farmgate prices and serious cashflow issues mean large numbers of farmers are terrified by the prospect of a legal challenge that may further delay payments.”

Announcing her decision on 7 July, farming minister Rebecca Evans pointed out that a system based on land classification had been challenged in the courts and showed that the government could not introduce such an arrangement without risking inequitable treatment of farmers with similar types of land parcels spread across different payment regions.

The flat-rate system with a redistributive top-up treated all farmers equally in moving payments to the same value a hectare by 2019 in five annual steps, she said.