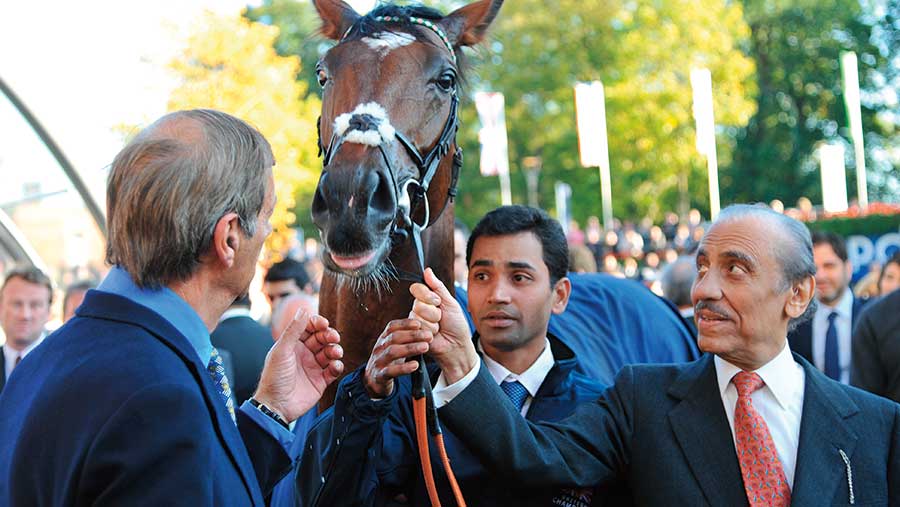 As momentum builds towards developing a new agricultural policy for the post-Brexit era, environmental  lobby group Greenpeace has launched a savage attack on farm subsidies. But do their claims stack up?

A report released by the charity challenged the way farm subsidies are paid out and called for greater environmental accountability.

The row over the distribution of farm payments deepened after campaigners revealed wealthy landowners, aristocrats and a Saudi prince are among the top benefactors of subsidies.

The Greenpeace investigation claimed that at least one in five of the top 100 recipients of EU common agricultural policy (CAP) payments were from farm businesses owned by aristocratic families.

The Queen, the Duke of Westminster and horse breeder Prince Khalid Abdullah al-Saud, who owns champion racehorse Frankel, each received EU farm subsidies in excess of £400,000 in 2014-15.

Sandringham Farms, the 6,400ha estate owned by the Queen, received £540,569 in direct payments and the Duke of Westminster’s estate, which is farmed by Grosvenor Farms, received £424,000.

See also: Leadsom warned over consequences of Brexit for farming

The National Trust, Natural England and the RSPB were all in the top 20. But Greenpeace said these organisations “used their subsidies for important conservation work like managing habitats”.

These organisations are calling for a post-Brexit policy which encourages landowners to do more for the environment and rewards those who are already farming in ways that benefit nature.

Greenpeace, which wants an end to direct subsidies, said its report showed that the CAP continues to “reward major landowners and wealthy individuals on the basis of how much land they own”.

Only “minor weight” was given to environmental protection and the sustaining of food supplies in the rural economy, it added.

But farm leaders have hit back, insisting that large estate owners were increasingly being paid for the good work they do for the environment.

Christopher Price, policy director at the Country, Land and Business Association (CLA), said: “Managing larger tracts of land can make a significant difference to enhancing our natural world because of the scale of operations.

“Vital environmental objectives such as improving water quality and increasing farmland bird populations require investment, so it is these larger landowners who are best placed to provide these benefits for future generations.”

Andrew Clark, NFU director of policy, said: “British farmers create a countryside that works for everyone. They are the primary food producers growing the raw ingredients for the UK’s food and drink sector, worth £108bn – and supporting jobs for 3.9 million people.

“The current financial support to farm businesses helps with the delivery of a secure food supply. We must remember… that the average support payment for a dairy farmer, for example, is £25,000 a year while the average monthly running cost of a dairy farm is £40,000 – without taking wages.”

EU farm payments are currently worth about £3bn a year to the UK farming sector.

The government says it will ensure the level of direct payments paid to UK farmers remains the same until 2020. However, beyond Brexit, the level and type of farm support has yet to be agreed.

The Greenpeace report makes much capital out of the fact that large amounts of taxpayer support are claimed by people who, on the face of it, already have large bank balances.

Whatever the rights and wrongs of this – and to a great extent it is irrelevant  – the report is largely out of date anyway.

The figures it uses refer to money paid out under the old Single Payment Scheme (SPS), which ran from 2005 to 2014. This has since been replaced by the Basic Payment Scheme (BPS).

While the sums involved and the list of names are likely to be pretty similar under this new scheme, there is now even greater control to ensure that EU subsidies support genuine, active farmers – however much land they happen to own.

But even under the old SPS, there were good controls in place. In order to claim SPS money, applicants still had to keep their land in “good agricultural and environmental condition” (GAEC). The land also had to be “agricultural” to trigger a payment, while “cross compliance” set out minimum standards of land management.

The Greenpeace report points the finger at high-profile people like owner of Juddmonte Farms Prince Khalid Abdullah, the Queen and the Duke of Westminster, who each receives farm subsidy cheques worth hundreds of thousands of pounds.

But these people have to meet exactly the same rules as everyone else – even under the old SPS system – matching their subsidy entitlements to eligible land and meeting the same GAEC standards.

This is not to suggest that the old system was perfect. Many have claimed that farmers should have been asked to do more in terms of delivering for the environment.

There were also a few loopholes, especially in Scotland, which saw the emergence of so-called “slipper farmers”, in which outside investors could buy up entitlements to subsidy and activate them by renting large swathes of low value land in the Highlands and Islands.

Since 2014, however, the new BPS system has come into play which has really tightened the rules and improved the environmental delivery of the EU farm support scheme.

In particular, BPS has strengthened the rules governing what constitutes an active farmer. For example, water companies, railway companies, airports, real estate services and permanent sports grounds have been prevented from applying for subsidy – unless they can show they have genuine farming activity.

The new system has also added greening elements – making 30% of a farmer’s payment dependent on the delivery of certain environmental requirements, such as maintaining permanent pasture and rotating crops.

The changeover to the new system in 2015 also involved the transfer of funds from so-called Pillar 1 (direct payments) to Pillar 2 (rural development) throughout the UK – although it is true that BPS still makes up about two thirds of the total pot.

This has added weight to the various agri-environment schemes, something Greenpeace says needs to be extended further.

Farming perspectives – what subsidies are used for

Direct payments to farmers are the difference between profit and loss, irrespective of the size of the enterprise, says John Barrett, director designate at Sentry.

“Without those subsidies, it would be impossible to make a profit in the current market – it would just not be sustainable,” he says. 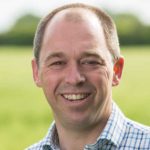 Sentry is listed by Greenpeace as the 59th leading recipient of farm subsidies in the UK, with payments of £492,300.

In total, Sentry manages about 20,000ha across the country, most of it on a contract farming or managed farm basis. But it also farms about 2,150ha as a tenant, and this is the land on which Sentry claims direct payments.

According to Mr Barrett, farming practice is underpinned by the GAEC standards. “It is important that we deliver that for the benefit of the environment,” he says.

“Furthermore, because of the subsidies we receive, we are able to offer jobs to people coming into the industry, and can provide a career structure for them.”

Lindsay Hargreaves, managing director of Frederick Hiam, which farms over 3,600ha of arable and vegetable ground in East Anglia and is also on the Top 100 list, agrees that direct payments are essential to the business.

“It is an income stream that helps us deal with price volatility,” he says. “We are a food business and, while demand is stable, supply fluctuates with nature. Very small changes have a huge impact on price.” 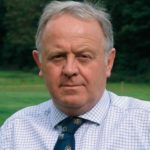 Without the subsidy, many rural businesses would collapse, he maintains, and the whole UK economy would then suffer.

According to Mr Hargreaves, it’s all about confidence. “If things are uncertain, then the first thing we do is to stop investing. It’s all about the circular flow of money. When we do invest, then we are supporting other suppliers, providing jobs for their workers.”

Like Mr Barrett, Mr Hargreaves says there is a good case for paying landowners for the provision of public goods such as environmental enhancement. But there is also a valid case for supporting basic food production.

Singling out individuals just because they have large estates or off farm incomes is “unhelpful”, he adds. “But once you introduce the politics of envy, it’s hard to win the argument.”