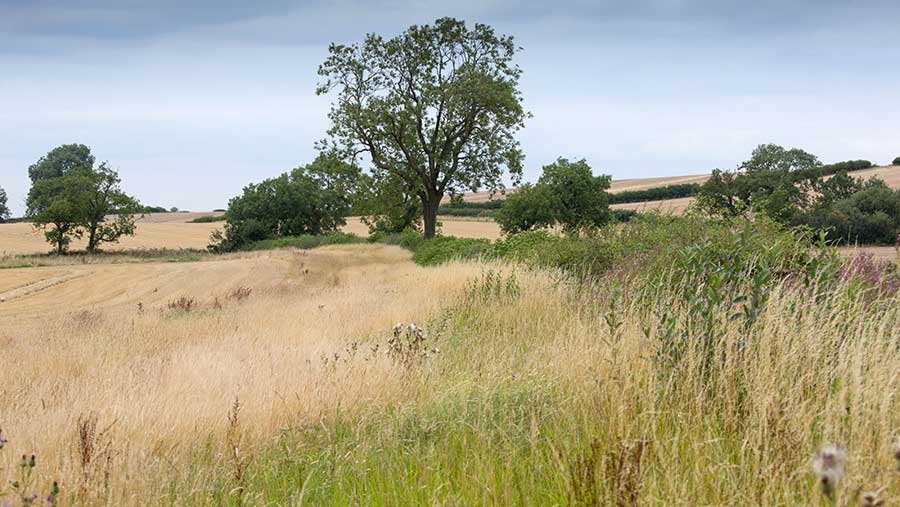 April will see farmers waiting for 2018 Basic Payment Scheme (BPS) and agri-environment scheme payments receive 75% bridging instalments – while about 4,000 businesses are still due money for work done two years ago.

Frustrated farmers, who have followed all the rules and yet still received no recompense, say they are losing confidence in environmental schemes and are nervous about entering new agreements.

The Rural Payments Agency (RPA) told farmers in December that those who had not received their BPS 2018 payment by the end of March would receive a bridging payment in April.

The RPA said 97.4% of BPS 2018 payments had been completed by mid-February, but the NFU estimates that about 1,000 people are still waiting – an improvement on last year when more than 3,000 bridging payments were made.

Richard Wordsworth, NFU senior adviser on BPS, said the scheme’s bridging payments were expected to be issued after 5 April and should be with all eligible recipients by late April.

On 1 October 2018, the RPA took over responsibility for processing Countryside Stewardship and Environmental Stewardship agreements, alongside BPS claims.

Defra secretary Michael Gove promised in February that bridging payments for Countryside Stewardship 2018 would also be made in April for farmers still unpaid.

About 4,000 farmers are due their second of two payments for work done in 2017 as part of ELS and HLS agreements, according to Claire Robinson, NFU senior countryside adviser.

The outstanding fee amounts to 25% of the annual total payment, which would have been expected by June 2018 at the latest, and claimants will not receive any of their subsequent monies until the 2017 payments have been checked and fulfilled.

Ms Robinson said a few farmers were still due payments for work done in 2016.

“This is getting ridiculous,” she said. “It’s such a long delay and there is no silver bullet for fixing this.

“Farmers incur costs going into the scheme and the payment is to cover those costs, so they’re out of pocket.”

Meanwhile, hundreds of farmers could be due a Countryside Stewardship bridging payment, worth 75% of their current claim value.

The NFU is not clear at this stage how many people will be eligible for this bridging payment. The RPA previously stated that 95% of the 8,000 claimants would be paid by the end of March.

“We are in a better place than we were this time last year, with more payments having gone out, but people were expecting this money last autumn,” Ms Robinson said.

“We still need to see a quantum leap in improvement.”

Peak District farmer Jim Beary has called the RPA “incompetent” for its poor delivery of Countryside Stewardship and BPS payments as he awaits money for work carried out in 2018.

Mr Beary, who farms 800 ewes and 130 cattle on a tenanted holding, has called the payments delay unfair, disruptive and frustrating, and said it threw into question whether he would sign up for future schemes.

Mr Beary has finally received the majority of his BPS 2018 payment, but is still waiting on his Young Farmer amount, and has been given only £400 of £8,500 for his Higher Tier and Mid Tier Countryside Stewardship agreements.

“I feel very let down because it has been very difficult over the past 12 months, especially with the weather. We’ve had a horrendous time, and if ever we needed our payments on time it was this time,” he said.

“The communication, or lack of it, is shocking and there’s been no prioritisation of those who need it most. Means testing is needed.

“We have stuck to all the rules and not had any money for it.”

Mr Beary has also been awarded capital grants as part of a two-year scheme to improve hedgerows and boundaries, where the onus is on the applicant to claim back the agreed money once the work has been carried out.

However he is reluctant to start dry-stone walling without any guarantee that the money will be paid within the promised two-month period.

“I don’t want to owe the contractor and not be able to pay, because that has a knock-on effect on them and their family and everyone else,” Mr Beary explained.

“How are you supposed to run a business if you don’t know how or when you’re getting paid?”

As a tenant farmer, the majority of Mr Beary’s payments go towards his rent, which makes the situation very difficult when the money is delayed.

He also thinks it is unfair that farmers in England are not offered loans or advance payments when BPS or other monies are late, unlike farmers in Wales, Scotland and Northern Ireland.

“Farmers in England seem to be getting the worst deal out of everyone,” he said.

“At least with a loan you can plan ahead. The way it’s been done is disgraceful and being referred to a charity for help is an insult.”

The RPA has previously advised any farmers struggling while awaiting their BPS money to contact a farming organisation or charity for interim help.

Mr Wordsworth said this uncertainty made cashflow management more difficult at an already busy and expensive time of year.

He advised farmers that BPS bridging payments would be accompanied by a remittance advice slip but not a claim statement, as these were interim payments.

An RPA spokesperson said: “We understand how important these payments are to farmers and land managers, which is why we are focused on getting money into bank accounts as soon as possible.

“We acknowledge that performance on stewardship schemes hasn’t been good enough and we are working hard to simplify the administration of the scheme as far as possible under the current EU system, by streamlining processes, making changes to IT systems and boosting workforce to speed up processing.”

If you suspect an attempted fraud or feel you have been the subject of fraud, contact: