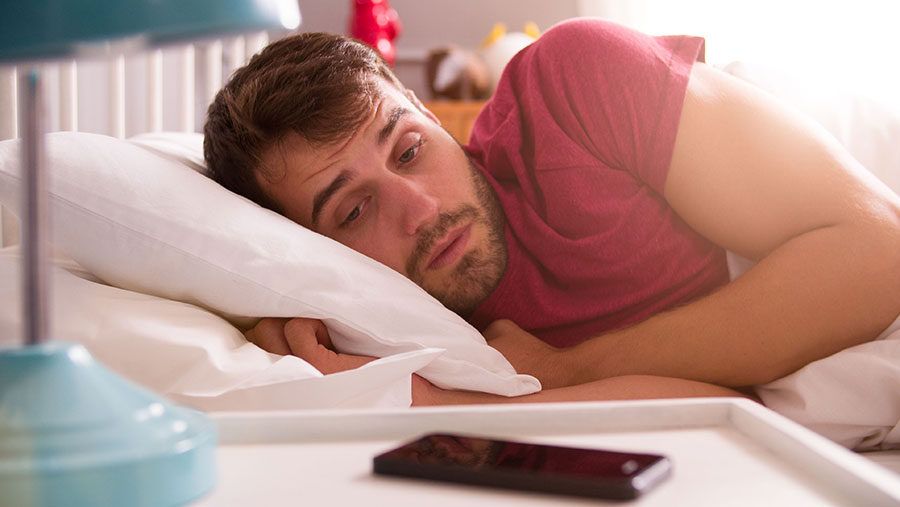 Bleary-eyed farmers received a 5am text message from the Rural Payments Agency telling them applications have opened for the 2018 Basic Payment Scheme.

The agency – which has come under fire for the way it communicates with farmers – sent the pre-dawn message on Tuesday (13 March).

See also: Flindt on Friday: ‘I got the RPA email I’d been dreading’

BPS applicants have until 15 May to complete their declarations for 2018 and submit their application via the Rural Payments service.

After receiving the early morning text message, Norfolk estate manager Jake Fiennes suggested the agency might be trying to become more efficient in its communications.

The RPA sent me a text this morning at 05:15. To let me know BPS window was now open. How incredibly efficient! Prehaps a sign of new times and my stewardship application from 2017 might be honoured!

NFU deputy president Guy Smith tweeted a link to a video for The Who song 5:15 – suggesting the message was inspired by either insomniacs, early risers or fans of the band.

Dawn chorus started early this morning. Text from the RPA telling me they are ready to receive my BPS form. Timed at 5.15. Inspired by either insomniacs, early risers or fans of The Who. Great song thoughhttps://t.co/Nq2teUnhMp

But Nottinghamshire farmer John Charles-Jones said receiving an early text message was a price he was prepared to pay if it meant communications were improving.

We all keep telling @Ruralpay that communication with farmers needs to be so much better. If this is the turning of the leaf to better communication, I for one will embrace that #creditwherecreditdue

Farmers have previously complained they are often left in the dark about their BPS applications.

Although the agency says its performance has increased, many farmers are still waiting for their 2017 payments – and some for years before that.

The RPA is encouraging farmers to apply online now to ensure their application is submitted before the 15 May deadline.

Defra said applying online meant farmers and agents could quickly check and update their details, as well as view and transfer land and entitlements.