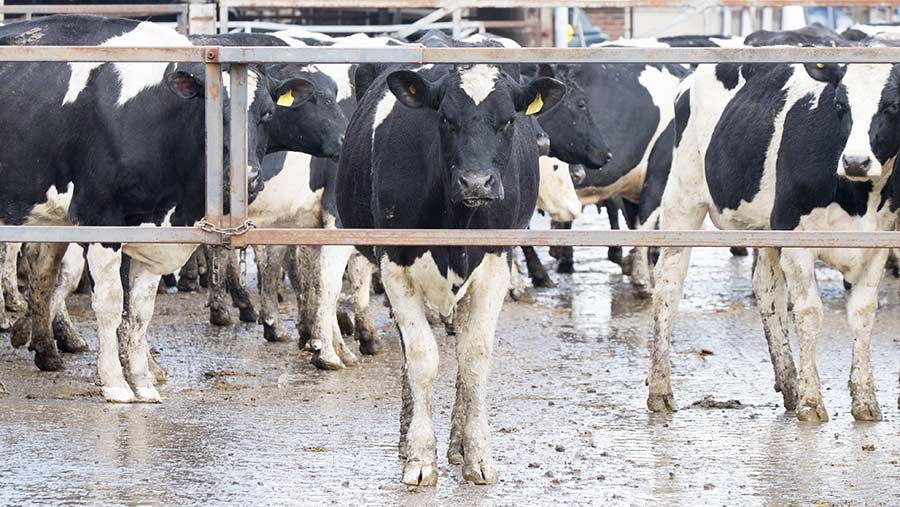 Farmers are missing out on thousands of pounds worth of useful grant funding because many have misconceptions about what’s involved when it comes to applying for and signing up to schemes.

They feel that the required conditions are too onerous to make accessing the funding worthwhile but advisors say some farmers have not fully appreciated how much money is on offer for useful projects.

See also: How to get your bid in for £35m diversification grant scheme

Myth: It’s not worth the effort – you can’t secure much money

Truth: At the lower end of the scale is the Countryside Productivity Small Grant scheme (expected to re-open for applications in the autumn), which offers grants of between £3,000 and £12,000 to help farmers buy equipment that will raise productivity.

But grants can run into the tens or hundreds of thousands of pounds for other schemes.

The Growth Programme, part of the Rural Development Programme for England (RDPE), is currently offering grants which meet 40% of a project’s cost for business development and rural tourism infrastructure with a minimum of £20,000 of funding.

These rise to a maximum of £750,000 under the food processing scheme but only meet 20% of the cost of a project.

We have clients who have secured several hundred thousand pounds of capital grants through high value CS agreements.

Myth: It’s unlikely I will get funding for anything I want

Truth: There is plenty of scope, with the right advice, to secure funding for a whole range of equipment and projects.

The Countryside Productivity Small Grant scheme is quite rigid in that funding is only available for equipment that meets a set specification.

Examples include precision-farming equipment and livestock handling or weighing systems.

However, a good adviser who understands your business and your needs can often find opportunities for funding that may not be immediately obvious.

For example, many people are unaware that the CS capital grants available in areas targeted for the reduction of water pollution include funding for the roofing of slurry and silage stores (£62 per square metre), fencing to protect environmental features (£4.90 per metre) and concrete renewal to manage yard run-off (£27.14 per square metre).

Such options can be particularly attractive to intensive dairy farmers, bringing significant business and management benefits, in addition to environmental improvements.

Myth: There’s too much paperwork involved to bother applying

Truth: While it is true the initial application for mid-tier CS can be complicated, once an agreement has been accepted then the paperwork should be minimal.

Farmers are only required to submit an annual claim form, which is straightforward to complete.

The government did attempt to make it easier for farmers to apply to CS by introducing its ‘simplified offers’, but the reality is that the options included are limited, so in most instances it will be more beneficial to make a mid-tier application.

Schemes like the Growth Programme require applicants to put in an initial Expression of Interest and then, if invited to do so, a full application later on can be daunting.

But working with an adviser who deals with such applications frequently should help to make the process more straightforward.

Myth: It takes so long to be paid, it’s not worth the pain

Truth: The perception that payments can take months or even years to come through the system stems from problems with CS, where in some instances farmers have suffered severe payment delays.

However, capital grants under CS are paid in six to eight weeks in most cases.

Similarly, payments for capital items, for example through the Countryside Productivity scheme, are usually paid within six to eight weeks of a claim being submitted, provided that the correct paperwork is sent in with a claim.

Myth: There’s no point in applying to CS if it is shortly going to be replaced by the Environment Land Management scheme (ELM)

Truth: There are several reasons why it may be worth considering CS now, rather than waiting for a successor scheme.

First, ELM is unlikely to be fully rolled out until at least 2024.

Second, the government has repeatedly said that anyone who signs up to CS now will not be disadvantaged once ELM is phased in.

Finally, there are no guarantees that any replacement scheme will be better than what is currently on offer – a lesson learned by farmers moving from the Higher Level Stewardship (HLS) scheme to CS, who saw their payments significantly fall.

Our advice is to take advantage of the opportunities that are there now and lock into a known income stream for the next five years.

Myth: You don’t get money for nothing – I’ll be forced to put up with loads of restrictions if I sign up to a CS

Truth: Many farmers are put off schemes like CS because they feel the emphasis is on stopping them doing things and that will impinge on production.

But this doesn’t need to be the case. It is possible to put together an application which balances the need of the business and the needs of the environment in a practical way.

Putting up with some restrictions may also be more palatable if the total value of the agreement can be boosted by adding in capital items, alongside environmental management options.

In many cases, applicants believe they need to tick all the environmental boxes, but this often results in them not applying at all. It’s much better to come up with something sensible that works both ways.

What schemes are currently open?