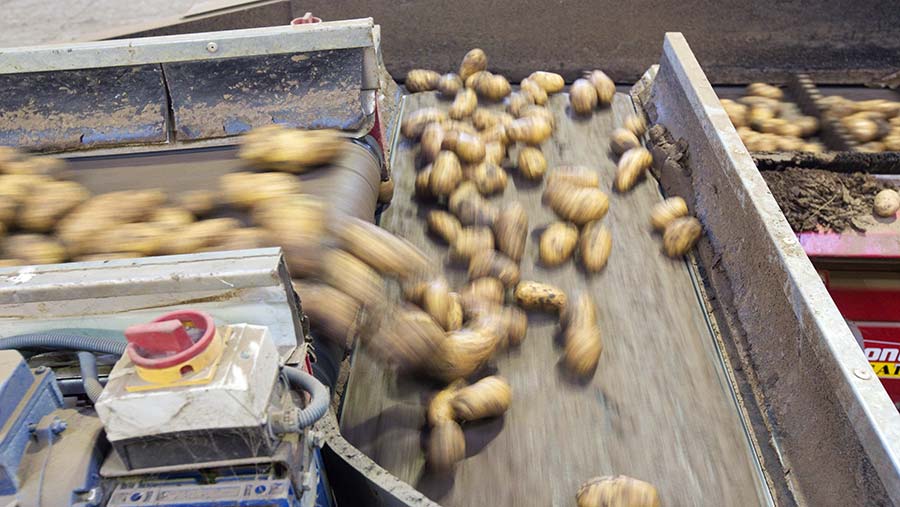 An RPA-run countryside productivity grant scheme has seen farmers’ expensive and time-consuming applications rejected out of hand, with no evidence of achieving best value for public money, an agricultural consultant has claimed.

Richard Rampton of Rural Advice, a member of Anglia Rural Consultants, has criticised the Countryside Productivity Scheme grant, adding value to agri-food, after six of his clients received letters from the RPA stating that their applications would not be processed as the scheme had run out of money.

The £20 million scheme was launched in 2017, with expressions of interest (EoI) due by 29 June 2018. At the time the RPA made clear that not every application would be successful, but stated all applications would be assessed.

However, in a rejection letter to one of Mr Rampton’s clients dated 12 February 2019, the RPA stated it “assesses applications on a rolling basis, to ensure certainty for applicants as soon as possible”.

Mr Rampton now believes the money has been granted on a “first-come, first-served” basis, with later applications not being assessed or even considered.

“This is an appalling and inept way to run a capital grant scheme that uses public funds and I am incensed by the way it has been mismanaged,” said Mr Rampton.

A scheme to help add value

In 2017 Defra secretary Michael Gove announced spending of £20m for the next stage of the Countryside Productivity Scheme grant, adding value to agri-food.

The scheme offered funds for farmers and food processors to invest in new equipment and machinery to improve the processing of milk, meat and fruit.

Applicants had to submit an EoI by June 2018, which indicated the nature of the project and its probable cost. If endorsed, the claimant was invited to make a full application.

The RPA’s role is to assess applications and make offers for grant funding on behalf of Defra.

The agency stated: “We’re looking for projects that best meet the priorities for funding and that are good value for taxpayers’ money.”

“Applicants believed judgements would be made on the quality of the application and the extent to which it met scheme objectives, but it’s simply a time-based decision.

“Best value for public money has not been measured because not all applications have been assessed,” he added.

“I don’t mind rejections on quality terms, but these rejections were made when people were still writing applications.”

Mr Rampton estimates farmers have spent between £5,000 and £10,000, plus a huge amount of time, on collating quotes, sourcing match funding and letters of support in order to complete the grant application, only to be told the scheme was full.

“The RPA would have known the scheme was oversubscribed when the EoIs were submitted,” he said. “It’s totally unfair and really frustrating.”

Defra said it has always been made clear that the scheme had a limited budget and would be highly competitive.

“This scheme has underlined the huge potential of the food processing sector to drive up rural productivity,” a Defra spokesperson said.

“The lessons from this funding round will be factored into our planning for future productivity schemes outside the EU.”

Although both manufacturers supported Mr Stark’s grant application for a new potato storage facility, he was rejected by the RPA and his plans have been shelved.

“It’s upsetting that our initial application was accepted and we were invited to do a full application, only to be told later that the scheme’s full,” Mr Stark said. “If we’d been told there was no point going further it would have been better, but there was no warning.

“It’s a missed opportunity as far as potato storage is concerned. Where’s the funding going to come from now?”