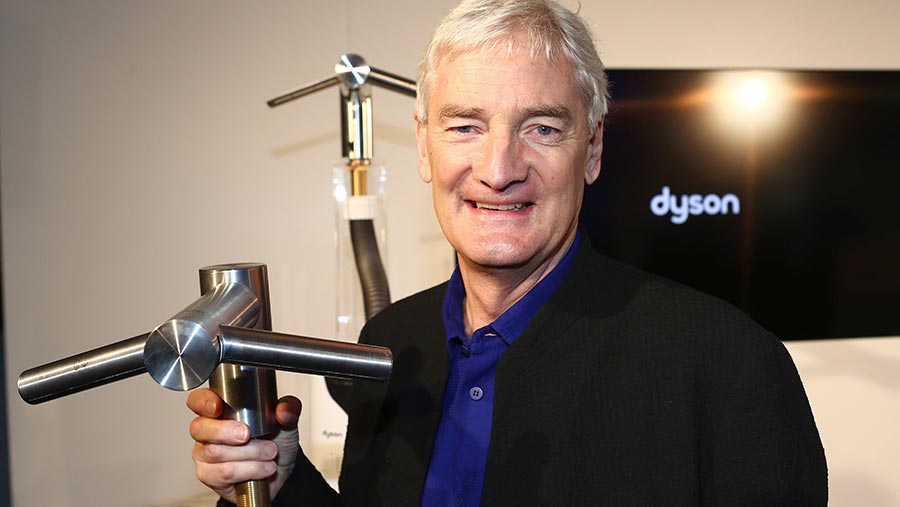 Environmental lobby group Greenpeace is pushing for an end to area-based payments, following publication of the latest data on farmer subsidy receipts.

In its annual analysis of the top 100 recipients of direct payments, the organisation points to “billionaires, aristocrats and companies based in tax havens” as the main beneficiaries.

Vacuum cleaner tycoon Sir James Dyson is listed as the largest private recipient of basic payments, worth £1.6m last year, even though he is listed 14th on the Sunday Times Rich List, with an estimated fortune of £7.8bn.

Despite the inclusion of so-called “greening rules” applied to BPS last year, Greenpeace says this has made no difference to the distribution of farm subsidies in the UK.

“Overall, the top 100 recipients received a combined £49.9m in basic payments last year, more than was paid out to the bottom 35,000 combined,” it notes.

Greenpeace policy director Doug Parr says the time has come for a radical rethink of farm support – and Brexit provides a golden opportunity.

“It’s simply indefensible that taxpayers’ money is being used to bankroll huge subsidies going to billionaires largely on the basis of how much land they own,” he said.

“Now he needs to show he’s willing to take on the vested interests profiting from the status quo and push through a major reform.”

“The issue of capping subsidies has been debated for over 20 years,” he said. “On the surface it looks sensible and just, but once you consider the detail, it becomes anomalous.”

Mr Smith points out that it is often the largest landowners who are doing the most in terms of environmental protection, and also employing more people, so contributing to the rural economy.

As for revamping the way farmers are supported after Brexit, Mr Smith says the future model should take into account the terms of trade of any deal with the EU.

“We are open to suggestions, but whatever replaces the CAP must give farmers enough time to adjust.

“It must also reflect the overall level of support being offered to our main competitors, otherwise British farmers will struggle to compete.”

It is likely that volatility mitigation (as provided by the current support system) will have to be included, as well as measures to protect the environment and improve productivity.