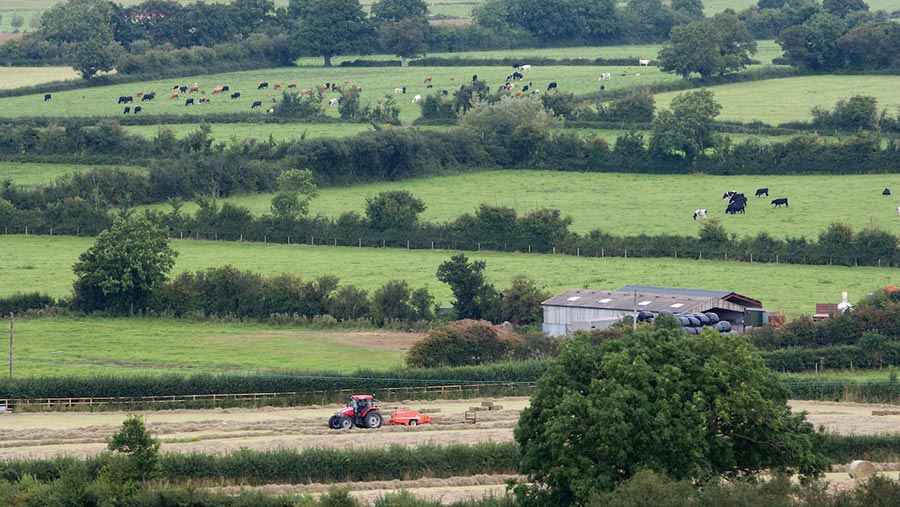 Eligibility criteria, entitlements decisions, business structures and tax considerations are just a few of the key factors that farmers considering applying for Defra’s Lump Sum Exit Scheme need to be aware of.

The Central Association of Agricultural Valuers (CAAV) has explained some of the critical details that surround it and highlighted the potential pitfalls.

The scheme, which is open to farmers who are seeking to retire or leave the sector, closes for applications on 30 September.

Jeremy Moody, CAAV secretary and adviser, says the scheme is open to farmers who claimed Basic Payments (BPS) in 2018 or earlier.

However, those who inherited farmland or took succession on a 1986 Act tenancy since then can also apply, as can executors of an estate that remains trading until 2024.

It will be treated as capital rather than income for tax purposes.

“Claimants must give up all but 5ha of farmland based upon May 2021’s BPS form, although they can retain houses, buildings and woodland,” says Mr Moody.

The land must be disposed of by sale, gift, tenancy succession, surrender of common rights, or rented out for five years or more. It could also be planted to woodland under a scheme.

As with any land transfer, care should be taken to avoid problems with any existing agri-environment agreements.

For example, if the land is let or sold and the new occupier does not want to take on an existing agri-environment agreement, then the person who is transferring the land might be asked to repay some of the agri-environment payments.

The entitlements surrendered must match those for the last BPS claim.

Those who have transferred or sold entitlements since then may need to purchase replacements, otherwise the lump sum payment will be reduced in proportion to the shortfall, adds Mr Moody.

All of these actions must be done by 31 May 2024, with transfers attested by a valuer or solicitor – although there are exceptions for probate and when a tenancy succession is at tribunal, because of the length of time both these processes can take.

In the meantime, applicants can make BPS claims in 2022 and 2023 with the payments then being on-account for a successful lump sum application – so if they are unsuccessful, they have the money anyway.

It is important to remember that the lump sum is not extra money, it’s just future BPS payments rolled together into a single sum.

Successful claimants will be excluded from BPS and most environmental payments, although they can farm other land unsubsidised and claim productivity grants, such as those offered through the Farming Investment Fund (FEF).

Where a partnership or a limited company has claimed BPS, the rules don’t require all partners or shareholders to retire.

Partners with 50% or more of profit shares can take the payment as individuals, with the remaining partners dropping out of the subsidy system as all entitlements are surrendered. Shareholders – not directors – in companies can operate in the same way.

“It does not affect individuals’ interests in other separate businesses,” says Mr Moody.

From a tax perspective, the lump sum will be eligible for relevant capital gains tax reliefs.

“It will only be covered by rollover relief if it’s reinvested in a continuing business. But you can offset capital losses against the gain and, if ceasing business, make use of business assets disposal relief,” says Mr Moody.

If the land is rented out then it can remain eligible for Agricultural Property Relief (APR), but if the farmhouse is retained the house might not qualify for APR.

“As with any restructuring, you need to be aware of the potential tax and other implications, but for those who are seeking to retire and pass the business on, the Lump Sum Exit Scheme offers an opportunity to do so, opening or easing succession negotiations.”