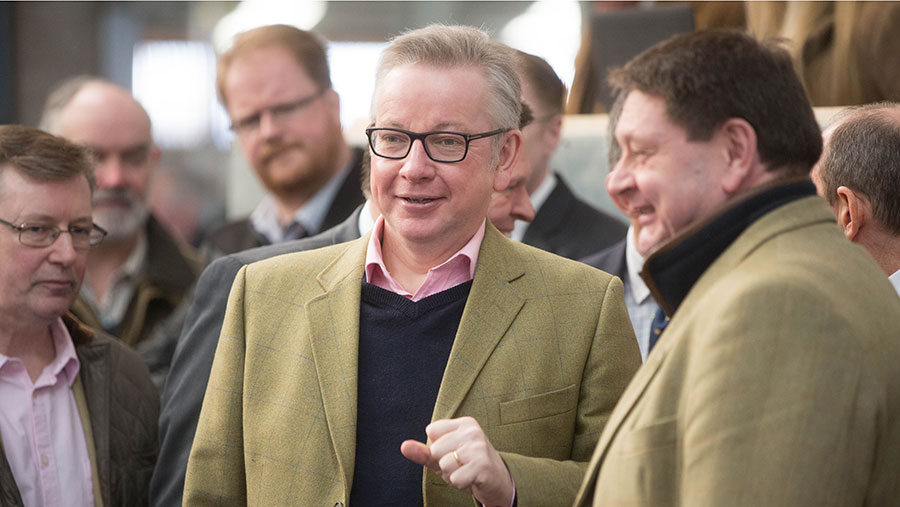 Scottish farm leaders and politicians fear they could be permanently disadvantaged in terms of future budget allocations for agriculture, as Westminster lines up a review of the so-called “convergence funding”.

The planned review relates to the £190m the EU allocated to the UK in 2013, to make up for the fact that area payments in Scotland fell below the EU average.

See also: Scots right to be ‘banging on’ about missing millions

The Scots believed all of this money should have gone to Scotland, but the Westminster government allocated them only £30m, arguing that total subsidy receipts by Scottish farmers were actually higher than the UK average. The remaining £160m was shared out among the rest of the UK.

In the face of repeated claims of foul play, Defra secretary Michael Gove agreed to an independent review of the convergence funding last November. Westminster has now issued the “terms of reference” for that review.

But, rather than revisiting the issue of how the £190m was originally allocated, it seems the review will only consider future allocations, and only up to 2022.

“It is disappointing, to say the least, that nearly a year on, not only has the review still not begun, but the UK government now proposes a significantly watered down remit,” he said in a letter to Mr Gove.

Mr Ewing is particularly concerned that, because post-Brexit funding for agriculture is likely to be based on current allocations, failure to include the “missing” £160m will permanently disadvantage Scottish farmers.

“I feel very strongly that the review must revisit the arguments around the current CAP funding allocations in order to identify how unfairly Scottish farmers have been treated,” he said.

“It should also provide an opinion about our claim that the Treasury should reimburse Scottish farmers with the £160m convergence money that was wrongly allocated.”

NFU Scotland president Andrew McCornick agreed that the emerging review did not live up to expectations.

“It remains our unequivocal view that the UK was awarded the convergence uplift in 2013, under reform of the CAP, as a result of Scotland’s very low payment rate per hectare. As a consequence, the UK is in the process of receiving an extra £190m over a six-year period.

“This review must be about agreeing the framework for agricultural spending post-Brexit and our ultimate departure from the CAP,” he added.

“Base-lining future funding allocations beyond the current parliament and existing UK government commitments to 2022 is an essential cornerstone on which Scotland will build its future agricultural policy.”

A Defra spokesman insisted that Westminster had been working closely with the Scots at all stages about a possible intra-UK allocations review, with further details to be released in due course.

“We have said consistently that we want each part of the UK to be treated fairly in how future funding is allocated,” he said. “This remains the case.

“We have also pledged to maintain the same cash total for farm support to the end of this parliament in 2022. As is normal practice, further decisions beyond this time will be made at the 2019 Spending Review.”