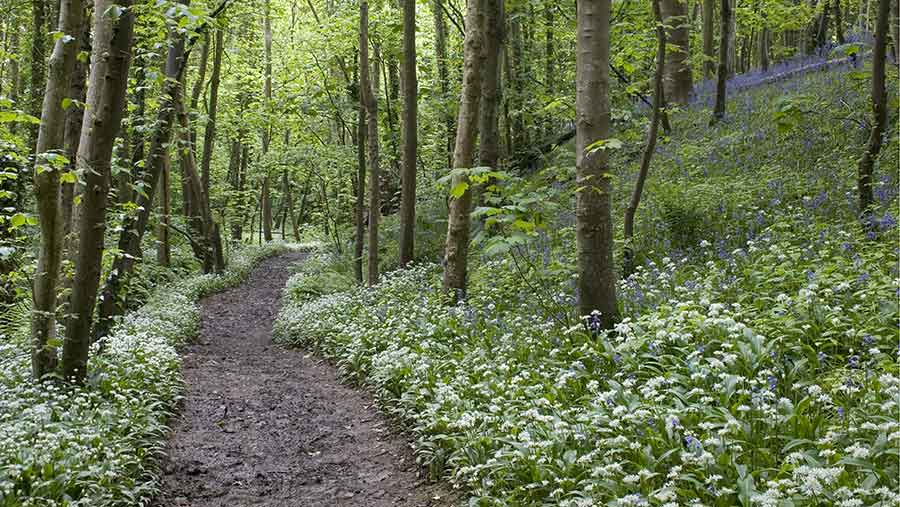 There are about 78,000ha of farm woodland in Wales – about one-quarter of all woodland in the country.

But the latest Woodlands for Wales indicators report shows that just 141ha of new woodland was planted across Wales in the year to March 2016 – 102ha of broadleaves and 39ha of conifers.

Although more than 400ha of land in Wales is currently being assessed for Glastir Woodland Creation funding – a scheme intended to increase the area of woodland on Welsh farms –the amount of farm woodland within the grant scheme has been falling since 2013.

The sharp fall in new plantings is likely to have a major effect on softwood availability in Wales. On current predictions it will fall to 50% of current levels by 2045.

The Farmers’ Union of Wales (FUW) says many farmers have been put off joining farm woodland schemes by the administrative barriers.

“Most notable among these are the fact that account must be taken of numerous species and habitat maps, which are often completely inaccurate and were never created to be used in such a way,” said an FUW spokesperson.

Underplanting will have a knock-on effect on the Welsh timber industry and NFU Cymru said programmes such as Glastir Woodland Creation need to be accessible and well resourced.

“Many farmers wish to explore opportunities to plant farm woodland, which can bring benefits to farm productivity, biodiversity, soils and water,” said a spokesperson.

“It is a sustainable industry, it helps prevent flooding, it stores carbon and it is a vital part of the rural economy with a potential for growth. That’s why it needs to be firmly on the political agenda.”