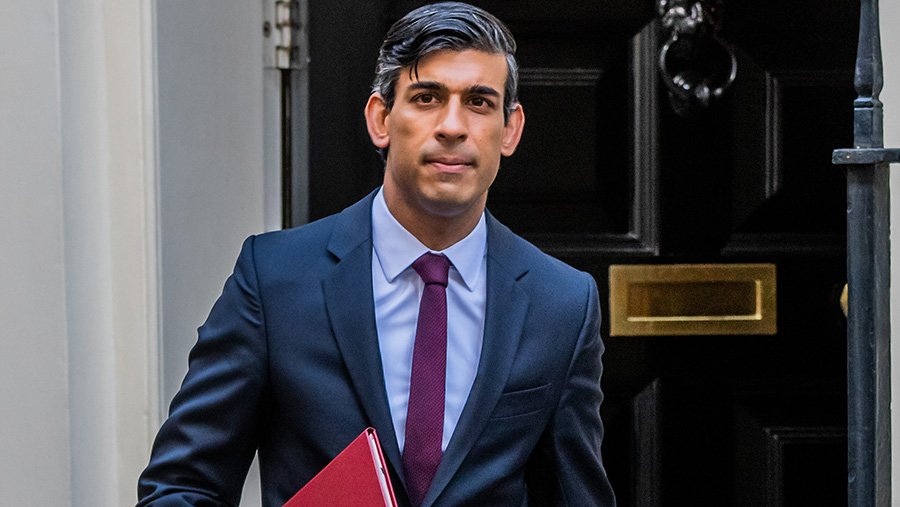 Farmers who took out the government’s Bounce Back Loans will see their monthly repayments fall by almost half after chancellor Rishi Sunak announced he was extending the loan term from six to 10 years.

There will also be the opportunity for struggling businesses to switch to interest-only payments or even defer all payments for up to six months.

This was part of a wider package of measures revealed today (24 September) to help businesses manage tight cashflow through the winter amid rising rates of Covid-19.

The Treasury also said it would:

The furlough scheme, which allowed businesses to retain employees on the books by using government cash to pay their wages, is to be replaced by a six-month Job Support Scheme, Mr Sunak announced, starting on 1 November.

For the remaining hours not worked, the government and the employer will split the cost.

From 1 November, for the next six months, the Job Support Scheme will protect viable jobs in businesses who are facing lower demand over the winter months due to Covid-19. pic.twitter.com/8NpIKpQV8y

This will prevent workers being frozen in jobs that will no longer exist in future, while supporting those who can get back to work, the chancellor said, noting that the coronavirus pandemic will cause a permanent adjustment to many jobs and services.

There will also be a parallel scheme for self-employed workers, which will pay viable businesses who are facing reduced demand 20% of their average monthly trading profits until the end of April.