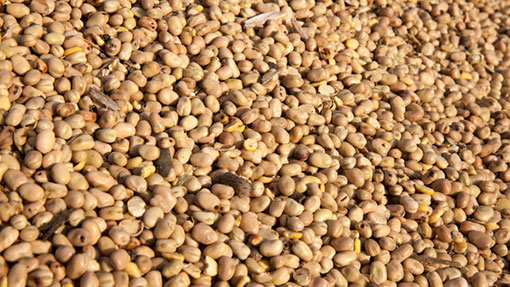 Feed bean prices have jumped by £8/t over the past two weeks, as buyers try to cover short positions.

Spot beans were now at around £242/t ex-farm; a considerable premium to feed wheat and soya protein, said a joint report by PGRO and BEPA.

“However, once the shorts are covered, it is anticipated the market will correct downwards.” New crop contracts for feed beans were pegged at £70 above feed wheat, with opportunities for spring plantings increasing due to the wet winter.

Exports of human consumption beans had been limited by the strong pound, but a lack of sellers meant ex-farm prices remained firm at about £15/t over feed beans, said the report. “French crop is more actively being promoted and values are likely to fall.”

“The domestic market for marrowfats remains static but there is some interest from Far Eastern importers. Stocks remain low, a situation that will continue through to 2015 at least.”

Contract uptake for the 2014 marrowfat crop was now picking up, with prices similar to last year at around £350/t, despite the weakening of other commodity crop markets.