Farmers Weekly staff cycled the 55 miles from London to Brighton on Sunday morning (15 June), raising well over £3500 for the British Heart Foundation.

Cycling as the Farmers Weekly Wheelers, the eight intrepid journalists – plus a few extras – set off from Clapham Common in south London at 6.30am, joining around 28,000 other cyclists making the journey to the south coast.

“We were blessed with perfect weather and the early start meant we were able to get out of town before the real crowds built up,” said FW Europe editor Philip Clarke. “As ever, the biggest challenge was Ditchling Beacon – a steep 270m climb at the end of the ride – but most of our team made it to the top in one.”

The event is really about raising money for the British Heart Foundation and the Farmers Weekly Wheelers have eclipsed their target of £2000. The team web page has now topped £1000 and individual fund raising efforts have pulled in another £1860. Including the government’s 28% tax rebate on charitable donations, that is equivalent to £3660.

Thanks to everyone who has contributed. If you still want to donate, then visit our web page.

The following pictures chart the day: 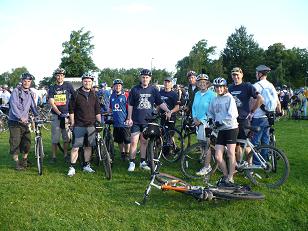 OMG it’s early! 6.15am and the Farmers Weekly Wheelers meet at the start. 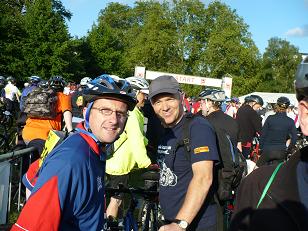 No turning back. Mike and Hugh are resigned to their fate. 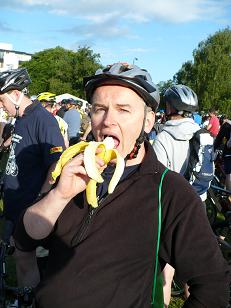 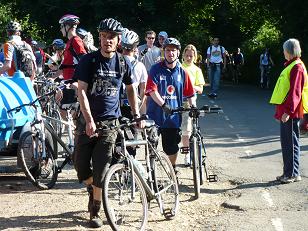 16 miles gone and time for the first pit stop at Fanny’s Farm. 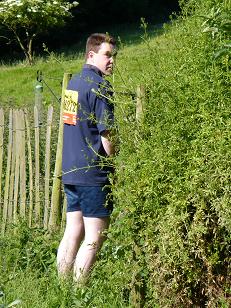 Did someone say pit stop? 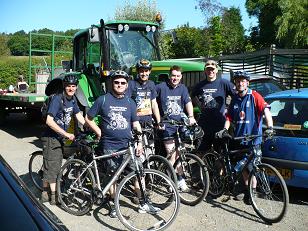 Machinery editor David Cousins (left) forces everyone to pose in front of a John Deere. 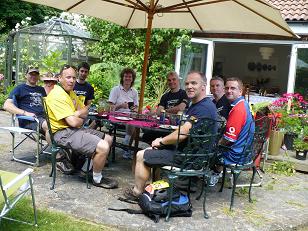 It was not all blood, sweat and tears, as the team stopped off at FW editor Jane King’s pad for an early lunch. 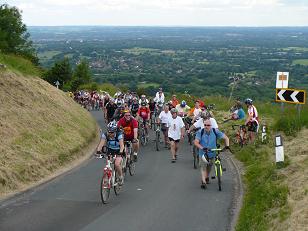 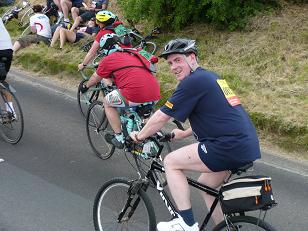 …but business editor Ian Ashbridge still has a smile on his face. 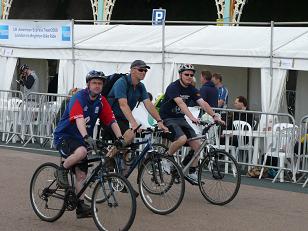 The good, the bad and the ugly ride into Brighton. 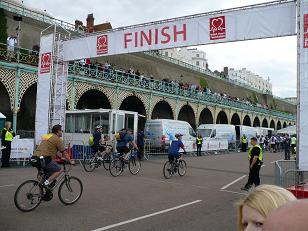 Click here to donate via the Farmers Weekly sponsorship page