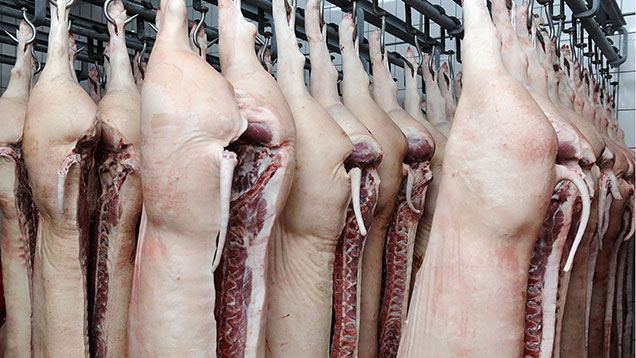 Finished prices dropped further again in the week to 18 July.

“The situation in the pigmeat market is unbearable, forcing some out of business, which is particularly worrying when demand is expected to rise in the longer term.”
Albert Jan Maat, Copa-Cogeca

Sow slaughterings were also up 7%, the first time they have risen in more than a year.

“This may be just be a case of cullings returning to normal after a period of low throughputs,” AHDB market specialist manager Stephen Howarth said.

“However, given that cull sow prices are still very low, it could be the first sign of producers feeling the effect of the current negative margins.”

Courses are likely to be held in Nairn, Aberdeenshire, Perthshire and Dumfriesshire.

Farmers with staff who might benefit from training should email QMS pig specialist Allan Ward on award@qmscotland.co.uk.

Last week the commission refused to reopen private storage aid for pigmeat, an emergency measure to keep products off the market.

He said countries should be allowed to negotiate with the Russian government on their own to try to restart trade.

“The situation in the pigmeat market is unbearable, forcing some out of business, which is particularly worrying when demand is expected to rise in the longer term,” Mr Maat said.

“The commission is in charge of the situation and it must take immediate action.”