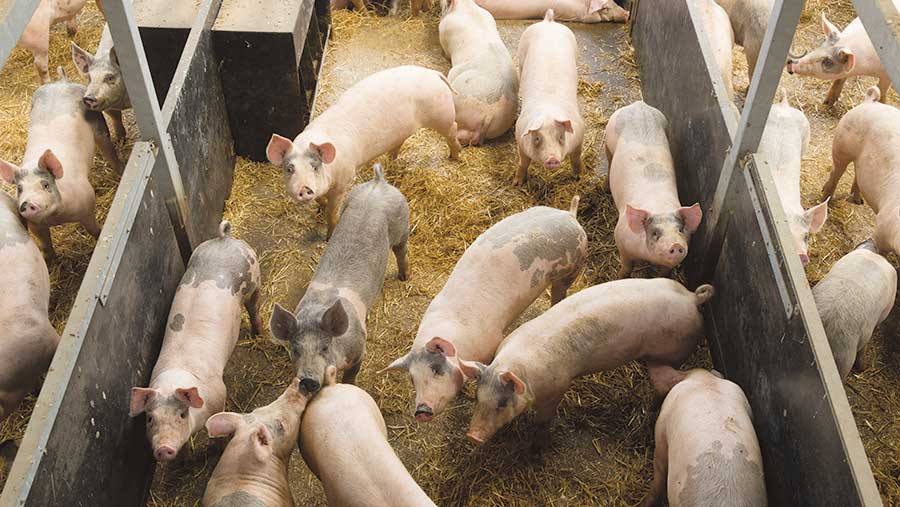 Concerns over Brexit are already causing difficulties in retaining and recruiting migrant workers for the pig sector, an ongoing survey has found.

The National Pig Association (NPA) survey closes on Friday 13 October but initial responses have painted a bleak picture, according to the organisation’s chief executive, Zoe Davies.

“The situation has got worse since our last labour survey conducted a year ago,” said Dr Davies.

“Farmers are reporting that it is getting more difficult and more costly to recruit workers from abroad.

“Others have stated that workers have already turned their backs on the UK and gone home. It is looking bleak,” she added.

An NPA spokesman said responses had confirmed that many pig producers rely heavily on workers from abroad.

“The survey is showing that it is not just casual labour. It is the permanent workforce that is leaving across the sector including in processing and other allied industries,” the spokesman said.

“If Brexit restricts labour, then the impact on the UK pig sector could be profound,” he warned.

He suggested that a combination of weaker sterling and concerns over the sentiments behind Brexit are the main factors deterring workers.

The devaluation of the pound means wages here are no longer as attractive when converted back into foreign currencies such as the Polish zloty.

Also, the sentiments behind Brexit are making workers feel that they are no longer welcome here in the UK.

He urged more farmers to take part in the survey to help build an accurate picture.

“The response rate has been good and we have already got some valuable information to pass on to the government about the importance of EU workers to the sector.

“But we need as many people as possible to respond to give our case the maximum. So, whether or not you employ EU labour and if you are a producer, processor or allied industry member, please take a moment to have your voice heard,” he said.

The results will be included in home secretary Amber Rudd’s Migration Advisory Committee (MAC) report on the labour issue.

The committee was set up to advise the government on how the UK’s immigration system should be aligned with a modern industrial strategy.

It is now seeking views from across the UK economy on various issues, including the extent of EU labour employed and the type of work performed, the benefits and disadvantages of EU labour and the likely impact of changes to its availability in future, the NPA said.

It is also seeking views on the relationship between EU and domestic labour and the issues around employing domestic labour, including skill levels and the provision of training by our educational establishments, it added.