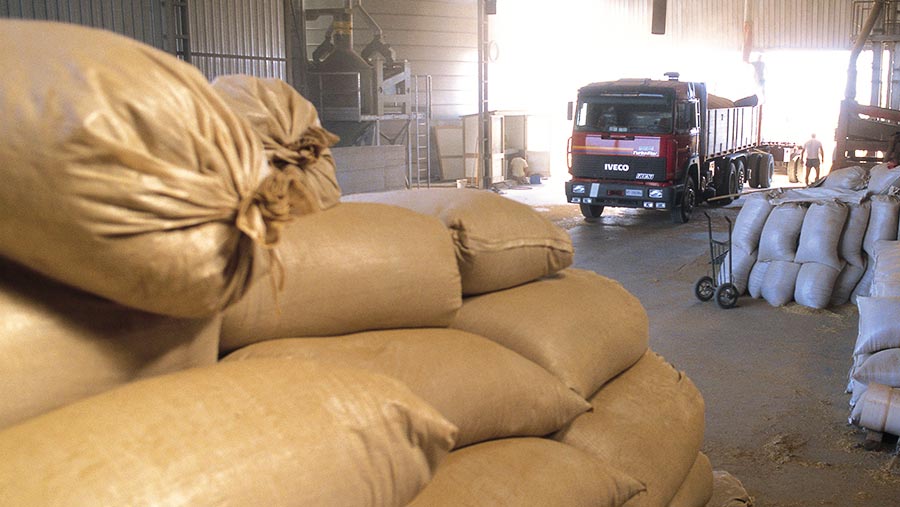 While there is little getting away from the effects the unusual combination of high global stocks and relatively benign weather have had on grain prices in recent months, other factors could now exert significant influence on markets in the next few months.

It’s all down to an equally unprecedented mix of politics and currency fluctuations, together with a near-record number of short (sold) positions held by the large investment organisations on global futures markets.

Although weather and supply/demand relationships are always the primary market drivers, the likely volatility from the interplay between these secondary factors could now produce pronounced moves in grain prices.

In the short term, news of the EU referendum has weakened sterling against both the euro and the dollar.

Although not without other complications, this has been largely beneficial for UK grain markets, with an increase in export competitiveness and strong levels of export sales.

How the outcome will affect markets in the long term is another matter, although many believe if we stay in we will see sterling gain strength once more and if we go out it will weaken further. One thing is certain, currency volatility will continue to be a defining feature of the 2016 trading year.

The unsettled nature of the market is compounded by hedge funds and investment organisations holding a high volume of short (sold) positions. At times these have reached almost record levels and this combined with the speed at which they can move, mean markets change almost instantly when they react.

Any negative weather results in funds scrabbling to buy back sold contracts, causing significant spikes in grain prices. We have seen it already in recent weeks when concerns over hard frosts and then dryness in Kansas caused a flurry of short covering and lifted futures prices temporarily.

Although these isolated weather problems and geopolitical factors cause moments of significant excitement and good opportunities for selling, there is little chance of any sustained rally in grain prices in the near future.

Recent US crop condition reports show US winter wheat in better condition than last year, with the vast majority of states in well above average condition, while Russian crops are said to be comparable to last year and could produce the same high yields. French crops are also currently better than last year.

On the stocks side, March US Department of Agriculture world supply-and-demand projections for the 2015-16 marketing year put global end-of-season wheat stocks in excess of 238m tonnes – an increase of 24m tonnes or about 10% higher than 2014-15 levels.

The projected increase in US corn acreage for this coming season to 38m hectares – up 2.2m hectares from last year – is adding further pressure.

We are almost out of the time when cold weather and winter kill could create real concern in markets, so we are left wondering if there will be hot and dry conditions to temper production in the coming months.

A drought in Australia, for example, could lift prices temporarily, but it will take a burning summer in a producer such as the US or Russia to really change the market in the long term.

Other than sterling strengthening further, it is difficult to see anything on the horizon that could force UK prices down significantly more between now and harvest. The good news, however, is that there are plenty of reasons why we could see decent price spikes, which should be taken as serious selling opportunities.

While supply and demand are likely to have little effect on grain prices in the weeks ahead, the activities of the institutions, our politicians and indeed ourselves when it comes to voting on the future of the UK in Europe could have a profound effect.

We would normally expect there to be strong opportunities to sell at this time of year as old stock runs low, but there are more reasons than ever to watch the market closely this year.

The UK market has a carry of about £11/t between old- and new-crop (July feed wheat futures compared with November 2016 at mid-morning on Tuesday 12 April), reflecting the current stock situation and the weather and supply uncertainty associated with 2016-17 production.

If existing weather and production themes continue through to harvest, this carry will erode, pressuring new-crop prices lower and narrowing the gap between old- and new-crop.

Transient opportunities caused by volatility should be acted upon. There is scant evidence to suggest they’ll be there for long and little possibility they will be the start of a market recovery.

With record carry-over stocks and currently no major issues for healthy growing crops, prices look set to remain low. The prospect of building further on supplies will inevitably result in sustained pressure on prices.

Keep a close eye on weather in the major world production areas – crops still have a long way to go. Due to recent favourable conditions, they are generally further ahead than normal which could make them more susceptible to a change in weather.

Investment funds continue to hold large short (sold) positions. With the current low price levels and everybody betting on the market staying under pressure, any adverse weather event will result in sharp position covering which would temporarily rally the market.