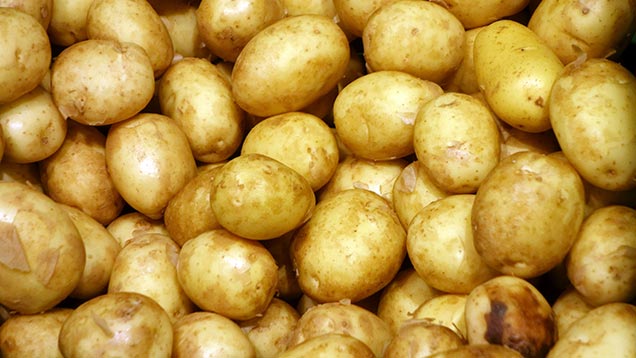 Potato prices have been edging up over the past three weeks, although they still remain almost £30/t below the same time last year.

“The proportion of free-buy trade was lower than the previous week but free-buy still accounted for the majority in the sample,” said the report.

GB potato production totalled between 5.56m tonnes and 5.85m tonnes this year, according to the PC’s latest provisional estimate. That would be 270,000t more than last year, based on an updated 2013 production figure 5.58m tonnes.

In the packing sector, buyers continued to rely on contracted stocks, leaving a very limited and selective free-buy demand for the plentiful supplies on offer, said the report. “Interest centred on best whites with good skin finishes and high baker contents.”

Bagged supplies were plentiful, with slow demand centred on best chipping samples. “Many growers were loading on an order-only basis at generally unchanged values but some looking for movement were putting pressure on prices.”