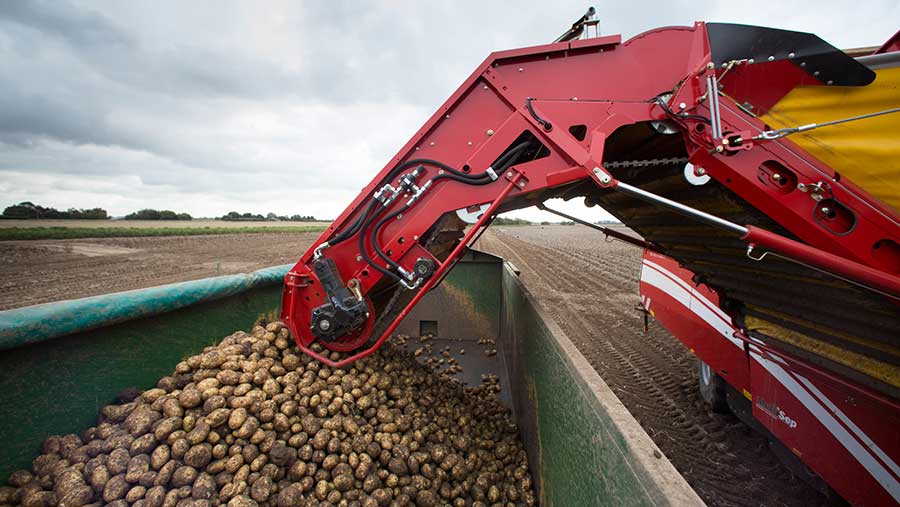 As the season approaches its end, values continued downward momentum.

Demand remained slow in the English packing market, with contracted stocks continuing to dominate, said a report by AHDB Potatoes.

Free-buy prices had eased, with trade dedicated to the best bold samples, while the hot weather had also suppressed demand.

Estima packing values continued to fall – losing £25/t on the week – to average £110/t, while the main bulk of Maris Piper supplies remained steady, at £195/t.

Supplies of 2016 Desiree and King Edward packing potatoes and Wilja bags had pretty much dried up.

The 2017 crop had benefitted from the hot daytime temperatures, which were conducive to good growth; however, some unirrigated crops had suffered from heat stress, it added.