Poultry World presents all the news about the movements of the big hitters in the poultry industry in our new exclusively online section, Poultry People. 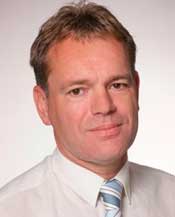 In response to increased demand for its products in Europe, AB Vista has appointed business manager Rolf Speelman to its EMEA (Europe, Middle East and Africa) Division, to help develop commercial support for key customers and distributors in specific markets.

Rolf’s primary focus will be on the Benelux region, where he will be responsible for managing product sales, setting objectives and executing marketing plans with other members of the team.

He studied animal science at the Agricultural University in Wageningen, specialising in animal nutrition, animal physiology and business administration. He then spent nearly four years with Rovecome ICT in Hoogeveen, where he was an export manager

Commenting on the appointment, global sales director Ari Kiviniemi said: “Rolf’s introduction to the team strengthens AB Vista’s core team in EMEA. With many products supplied by AB Vista now available in the region, we need extra support from astute business people. This will help us to continue to offer our customers a first-class service.” 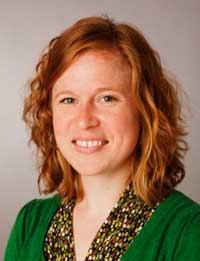 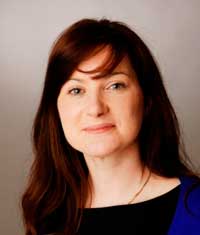 Following a successful period of product registrations around the world, feed supplier AB Vista has appointed two new employees to its Research & Development department at the company’s headquarters in Marlborough, Wiltshire.

Dr Carrie Walk (left) and Dr Helen Masey O’Neill will be responsible for the planning, execution, analysis and reporting of key research projects.

Reporting to AB Vista’s Research Director, Dr Mike Bedford, Carrie and Helen will work closely with third-party research sites for the generation of data to support proof of concept, registration and marketing of enzyme and yeast products. They will also offer technical advice to key customers.

Carrie brings five years’ experience in monogastric nutrition to the business, having worked as a post-doctoral research associate at the Department of Animal and Poultry Sciences at Virginia Tech, USA, following her doctoral study at the university. Carrie will focus specifically on phytase and yeast projects.

Helen has worked as a post-doctoral research fellow (Division of Animal Sciences) in the School of Biosciences at the University of Nottingham since 2008, where she previously studied for a PhD in Animal Science. Helen will work on glucanase, corn-soy and ingredients assignments. 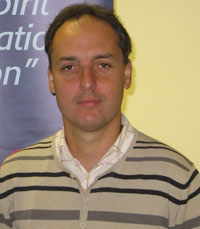 Aviagen Turkeys is pleased to announce the appointment of Dr Jerome Noirault to the position of Management Specialist working in Europe as part of the service team.

Jerome brings a wealth of experience in turkey production from his previous roles in the French turkey industry. He has worked with both breeding stock and commercial turkeys and understands the performance of Aviagen Turkeys products in the field. He gained a PhD in poultry production at the Tours University for worked carried out at the INRA research centre, specialising in male breeding turkeys.

“Customer support is a key area for our business to ensure our products achieve their potential in the field,” said a spokesman. “Our products lead the field in genetic potential and our service work ensures our customers achieve optimum performance.”

Jerome will report to Sales and Marketing Director Richard Hutchinson and travel extensively visiting the European customer base. 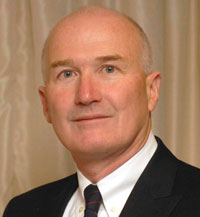 Jeff Halliwell, managing director of turkey giant Bernard Matthews, is leaving the company just over a year after being appointed.

He is resigning from his post with effect from 13 August. Bernard Matthews Holdings said that he is leaving to pursue other interests.

Since becoming MD in June last year, Mr Halliwell has overseen a series of major changes, including the launch of a £5m TV and PR campaign, which promoted the health benefit of turkeys and brought back the phrase “bootiful”.

Celebrity chef Marco Pierre White was recruited as a brand ambassador – a move which attracted wide media attention for the company and Pierre White.

Bernard Matthews’ group chief executive Noel Bartram said the company was initiating the search for a successor: “On behalf of the board I would like to thank Geoff for his contribution to the ongoing recovery programme, which continues to show encouraging results. We wish him all the best for the future,” he said.

Bernard Matthews, he added, was well-positioned to achieve continuing growth over the next period. In June the company posted a return to profit, making £2.4m on a £330m turnover. This was after multi-million pound losses in 2007 in the wake of the avian flu crisis.

Prior to joining the company, Mr Halliwell had worked for First Milk, Britain’s largest cheese manufacturer; he has also worked with Colgate, Palmolive, Mars and Northern Foods.

The Wynnstay Group has announced the appointment of John Chance as its new poultry specialist in South Wales and the counties of Herefordshire and Worcestershire.

Mr Chance will be responsible for selling poultry feed and ancillary products to Wynnstay’s poultry customers, as well as expanding the company’s customer base throughout his trading area.

Mr Chance has a wealth of experience in the poultry sector and has previously held positions with Sun Valley Poultry and Noble Foods. He has an extensive knowledge of the broiler and free-range egg production sectors and is well-known throughout the industry.

Tom Williams, poultry product manager for Wynnstay says: “Wynnstay will soon be manufacturing laying-hen rations at its Llysonnen Mill in Carmarthen. As such the company is looking to expand its poultry customer base throughout South Wales and the Border Counties. John’s appointment will be key to achieving this goal and we look forward to working closely with him.

“The poultry sector is currently experiencing a difficult time due to tumbling egg prices. Despite this, Wynnstay remains committed to the sector and is confident that the industry can look forward to a positive future.”