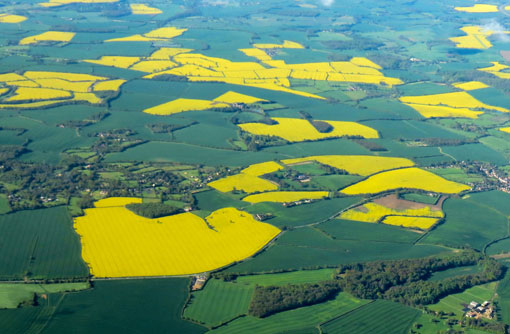 The private sale and purchase of farms and land accounts for more than half of the business done by some land agents and has led to a growing number acting solely as buying agents in recent years. The use of this method has been boosted by the growing number of wealthy individuals interested in farmland investment.

Selling privately or “off-market” means that just a handful of buyers are offered the chance to view and bid for a farm. Confidentiality for buyer and/or seller is usually the main driver, although knowledge of a deal often creeps out locally.

There are strong opinions on the merit of this approach and whether it achieves the best price. One agent will maintain that in a strong market, open marketing is the only way to achieve the best price, while another will insist that the exclusive access offered by the “off-market” route can achieve a significant premium.

Some vendors prefer the private route because they do not want anyone to know that the farm has changed hands. As many private buyers want to invest but not to farm personally, the seller may continue to live in the farmhouse, farming either on a sale and leaseback (tenancy) agreement or on a contract farming basis.

Buyers as well as sellers may be keen for privacy, particularly those from outside farming who may be high profile in their industry or profession. It is also common for a farm to be launched initially on the private market to test the demand.

“The market is thin, farm owners are making money and don’t need to sell. They are often only tempted to sell if a private approach at a premium figure is forthcoming. In a thin market good agents make deals happen using their knowledge of buyers and farm owners. We are in a thin market so we need to create private deals.”
Charlie Evans

Bidwells’ James Brooke says that private sales and purchases accounted for about 50% of the value transacted by the firm in 2011 and while these were heavily skewed to the final three or four months of the year, this year the private market has got off to a much quicker start.

The proportion transacted privately is about one-third more than five years ago and an even greater proportion than 10 years ago, he says.
“Purchasing off-market requires a very clear understanding of the market and a very trusting relationship between agents to ensure that all clients secure the very best deal, often in complex and sensitive situations.”

Here again, the number of private transactions is greater than five years ago and the acreages are larger.

The impact of buying agents searching out properties not openly advertised has been significant, says Mr Evans.


“The market is thin, farm owners are making money and don’t need to sell. They are often only tempted to sell if a private approach at a premium figure is forthcoming. In a thin market good agents make deals happen using their knowledge of buyers and farm owners. We are in a thin market so we need to create private deals.”

Brown & Co’s Robert Fairey says private market activity through the firm was “fairly significant” in 2011, accounting for 29% of the area bought and sold, a similar proportion to both five and 10 years ago.

“Normally, we would expect this to be around 20% but there was one large transaction in 2011 which swings this slightly.

“Although there is always doubt whether you have achieved best price, private sales are easier to achieve in a good market as at present. When buyin for a client, an agent wants to move quickly and if he/she has prior knowledge of a property which suits the buying client then it is often possible to offer and buy it just before it comes to market. Often it will be necessary to pay a premium to persuade the vendor not to go to the market.”

With 51% sold privately on an acreage basis by Carter Jonas last year, partner Richard Liddiard counts this marketing option as hugely significant and capable of achieving a premium of 20% to 30% over open market value.

A split by value of 63% private and 37% open market on a value basis in 2011 demonstrates that premium, he says, with private market volume significantly higher last year than both five and 10 years ago.

“Although private sales occurred five years ago, the plethora of buying agents has changed the dynamics of the market over recent years. It has become a more significant element and will continue to grow. High net worth individuals probably accept that they will pay a premium.”

Knight Frank’s Tom Raynham also counts private sales as “fairly significant” in 2011, with about 25% of sales off market.

“So far, about one-third of our launches this year have been on a private basis, a slight increase on last year. There seems to be a growing number of vendors who are not completely committed to a sale and want to test the market to see if they can obtain the high prices being achieved elsewhere. If not, they are happy to bide their time knowing they can re-launch sometime in the future without a ‘failed’ public sale in the background.

“There will always be some people who prefer to sell away from the public gaze. Not necessarily because they are high-profile individuals, but they don’t want the extra scrutiny that a public sale entails.”


Savills has seen a regional variation in use of the private market route, says the firm’s Alex Lawson, with the strongest use in Scotland and the east of England.

“The private market is growing and has increased by around 50% over the last five years, although it is important to remember one big deal can seriously skew the figures,” says Mr Lawson.

“The biggest issue for buyers is the lack of large blocks of commercial land so when they do come on we know who is out there looking for them.

“Unlike the pure country house market there is much more confidence in the farmland market and buyers are prepared to act off market. The private market is very sentiment driven.”

Smiths Gore made very limited use of the private market in 2011, says the firm’s Giles Wordsworth

“The strong demand and rapidly rising land values meant the best place for most farm sales was on the open market. The buyers are there but the land market is too strong to advise a client to not market openly unless a significant premium can be obtained.

“With the exception of sales to existing occupiers or tenants then virtually all of our sales in 2011 were open market.

“We anticipate an increase based upon investment opportunities being offered in the hope of securing a premium but often [a private marketing] may not result in a sale if a premium cannot be achieved.”

In central southern England private and pre-market sales form a large proportion of transactions for Hampshire based BCM, with large areas having changed hands on this basis over the past 10 years, says Andrew Bays.

“These are often the deals where the bar is set – including pushing at the £10,000 per acre bare arable barrier.

“This basis of sale increases in popularity as one moves closer to London. What we’re selling tends to have quite a high residential value.”

However, he warns that very clear criteria are needed to achieve a successful off-market or pre-market sales campaign. “It’s a very valuable tool but it needs careful management.

“Private sales can achieve far better results than a full private treaty marketing campaign and can meet important criteria for the parties, not least keeping the deal “off the radar” for a variety of reasons, for example high profile vendors or purchasers, foreign investment, family reasons and so on.”

Regional variations in the proportion of private sales are clear – Stags operates across Devon, Cornwall, Dorset and Somerset and head of farm agency Alex Rew says that private and off market sales accounted for less than 10% of turnover last year.

“Private sales are often instigated by circumstance as much as by desire. With the relatively low number of farms and land transactions the percentage sold privately can therefore vary year on year. Private sales are part of our business when the circumstances are right, as is selling by private treaty, tender or auction.”

For Stags the proportion of farm and farmland sales transacted on the private market was lower in 2011 than in the previous 10 years and Mr Rew expects private sales to account for a lower proportion again in 2012.

“Vendors can only sell once and it is extremely difficult to advise a client to sell privately when land values can vary by 30%-plus depending on the local and investor interest.”