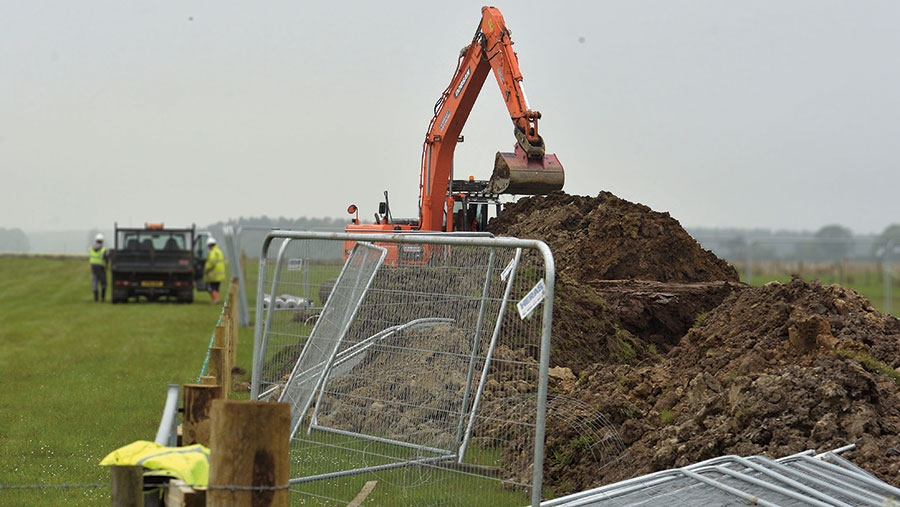 Landowners who have construction contractors working on their land as part of a large civil engineering project need to ensure that their businesses are protected from harm in the event of the collapse of a contractor.

The recent demise of Carillion should be a wake-up call to those currently negotiating contracts for future works, says property solicitor Fraser Paskell, of Churchgates.

The worldwide construction company collapsed into liquidation in January leaving hundreds of projects on hold and thousands of people redundant.

Among the projects under way was the job of laying electric cable across farmland between offshore windfarms and the national grid along several sites on the east coast.

While inconvenience and cost is unavoidable when projects are delayed, Mr Paskell says that this can be mitigated if clear provision is made for a company going into administration.

An example of the sort of difficulties that may occur is the flooding of surrounding farmland if drains have been cut in the project area as part of construction work but then abandoned.

He said there should also be a provision for access to project land so that landowners can take action to prevent further additional harm without facing prosecution for trespass.

The landowner should also give consideration to how evidence is gathered to prove financial loss throughout the work taking place, says Mr Paskell.

That means provision should be made in the contract for who has responsibility for evidence-gathering to document any damage that has taken place.

He advised that a good plan of action was to put the onus on the contractor to conduct a thorough site review ahead of work taking place, with video or photographic evidence that should be shared with all parties.

Mr Paskell emphasised that this was unlikely to be a contentious issue as it protected both the landowner and the contractor from spurious compensation claims being made by either party for damage.

Any further site reviews that take place during work, such as ecological surveys, should also be shared with all parties involved.

Hard evidence of this sort could then be used by the landowner (when making a claim from the developer) to prove financial loss from damage caused by the contractor.