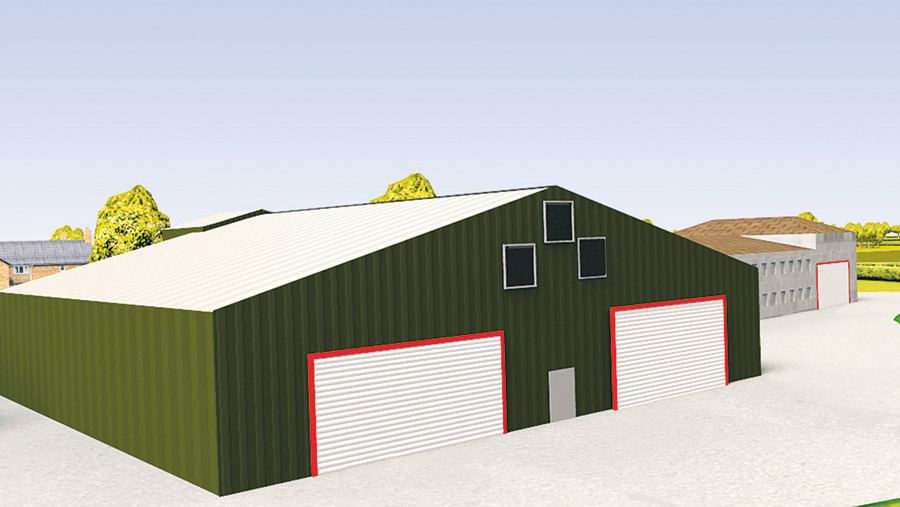 As on many farms, harvest 2016 brought a significant yield drop compared with 2015 performance at the Farmers Weekly/Savills Virtual Farm. Suzie Horne finds out what happened and what the outlook is for 2017.

Wheat yields in 2016 were 3% lower than the farm’s five-year average. This, along with smaller-than-expected oilseed rape and oat crops, is being linked to a wet December and low light levels in May and June.

However, the rise in prices and especially the recent uplift has raised most gross margins above budget. The main exception to this was the oat crop, which did not make seed grade so went at harvest as milling oats at £115/t.

The Virtual Farm has sold 76% of its wheat crop at an average of £130/t, about 6.5% above budget. This includes the unsold portion, valued at £135/t ex-farm for May movement.

“On wheat, early sales set a marker for us once we saw we had established reasonable crops,” says Richard Morley, an associate with Savills Food and Farming.

“They had come through a mild and wet winter period. We were reluctant to do any further forward sales until we got the crop in store, because of the disease pressure.”

Farmers Weekly last reported from the Virtual Farm in March. No 2016 oilseed rape had been sold forward at that stage, but since then 50% of budgeted yield was sold at £275/t plus bonus. With yield down by 11% on what was expected, this resulted in a commitment of 56% of the actual harvest yield.

This has given us an average sale price before oil bonus of £301/t, which is 6% above budget.

Spring beans are in store at the budgeted yield and with little bruchid beetle damage. As with many beans, this time they were harvested at a higher moisture than ideal and are in store being dried.

The beans have not been committed yet but for budget have been given a current market price of £155/t, which is 3% over the original budget.

The oats needed to go straight off farm so were sold at harvest – yield was disappointing, down 9% on budget.

“2017 will be challenging and we will aim to beat the budget by close attention to agchem spending and use, bringing in more cultivation measures and refining cropped areas to improve yield. Crops have gone in reasonably well and now have moisture to grow away,” says Mr Morley.

“Oilseed rape areas have been selected carefully to be on the best land to ensure the crop gets established early and away well.

“No 2017 produce has been sold forward. We would like to put a marker down but have delayed committing as the market is rising.”

Securing fertiliser early has paid off for the 2017 harvest, with 90% of nitrogen requirements bought in June for £165/t delivered, for January 2017 payment, a 26% reduction in cost compared with last year. Crop sales will be staggered to provide us with the cashflow to pay for this UK-manufactured product.

Spring malting barley has been introduced for 2017, taking the proportion of spring cropped or fallow land to 20%, 60 acres of which is fallow.

“The loss of key chemicals has changed what crops can be grown commercially and we are looking at more cultural ways of controlling weeds,” says Mr Morley. “By sowing a larger area of spring crops and fallow we are able to manage soil condition better. While this will reduce output, it should improve the whole-farm gross margin, reducing our winter oat and spring bean area, two of our lowest gross margin crops and reducing the spray costs in our following wheat crops.

“Cover crops are part of the mix, too, helping to reduce inputs, acting as a soil conditioner and helping towards our Environmental Focus Area (EFA) requirement. More spring cropping will allow more timely operations, spread workload and therefore lead to more efficient production.

“People should not be scared of using a fallow. We have advised farms to do so, on a rotational basis, to get the long-term benefit of dealing with blackgrass and other grass weeds, improve soil condition and get an early entry for wheat.

“But it’s important not to think of it only on a whole-field basis – we have used it on bank sides, wet parts and shaded areas next to woodland where you are going to struggle to get a reasonable return from the investment from expensive inputs.”

A range of fallow, buffer strips and catch or cover crops and hedge options are used to meet the farm’s EFA requirements.

The effects of the Brexit decision are already being felt through exchange rate-driven changes to input and produce values. However, the business is likely to be affected in other areas, too.

Exchange rate changes mean the 2016 payment should be 16.5% higher than the previous year and this is in the cashflow forecast for January 2017, but the payment date may slip a couple of months.

“After the 2019 payment, the value of income from such schemes is unknown and we are looking at ways for our business to manage with no subsidy income. Intensive livestock is one option we are investigating, providing the opportunity for a regular and stable income alongside currently volatile arable production,” says Mr Morley.

The availability of skilled labour is crucial for busy periods and needs to be closely monitored and updated as required – in particular, the ability of skilled operators to maximise the potential of technology investments on the farm.

About a quarter of the cropped acreage is rented on a 15-year FBT. The rent last changed in spring 2014, rising to £457/ha and representing 15% of total farm output. This places a notional cost of £114.28/ha across the cropped area.

“A rent review notice was served in spring this year as we felt the economic outlook at the time merited a reduction,” says Mr Morley.

“However, the rent is not based on productive earning capacity of the land but on a market value assessment using comparables from similar lettings. If the rise in commodity prices is sustained, this is likely to reduce our chances of negotiating a reduction.”

An ageing tractor fleet means that repairs and running costs in the 2016 budget are at £127.75/ha, roughly double where benchmarking data suggest good financial performance should be.

Two tractors were coming up for renewal last year in the machinery replacement schedule but the decision was taken to defer replacement. Instead a small tractor was hired in for harvest help.

The two main work tractors have now reached the stage when they may become unreliable and we want to adopt modern technology to utilise yield mapping and other tools to save on inputs where possible.

So a new machinery replacement schedule has been agreed, taking account of tax and cashflow requirements and there are costed advantages for replacing a 300hp and a 175hp model this month.

They will be replaced with 370hp and 230hp tractors, allowing greater flexibility with cultivation and drilling. Exchange rate movements mean that the purchase price of the new tractors has increased by 4% since July.

A discount, depending on the dealer, is expected on the new values quoted, which have been priced using a finance deal with a multi-year warranty.

After accounting for trade-in values, the cost of changing is £290,000. The finance options include bank loan, which was felt to be unsuitable in this case because we did not want to change the terms or adjust the existing bank loan.

The only other costs incurred would be a documentation fee of £75 paid at the start of the agreement and an option to purchase fee of £50 + VAT with the final payment.

Leasing would also comprise six half-yearly payments of £31,081 starting in November 2016, but with VAT at 20% due with each payment.

The only other costs incurred would be a documentation fee of £75 plus VAT, paid at the start of the agreement. Then, if we still had the asset following the end of the primary term, we would be charged a secondary rental.

After budgeting and advice from the accountant, we have chosen the three-year HP option, on the six half-yearly payment schedule. This allows the machinery HP to be competed by the end of 2019, matching the period when Basic Payment Scheme income is guaranteed.

This will put the machine on the balance sheet and allow us to claim capital allowances, neither of which is the case with leasing. The purchase will be timed to coincide with a VAT reclaim allowing an almost instant reclaim.

The HP option also allows for transfer of the legal title of the tractor at the start of the agreed period. With the lease purchase option, the tractor remains in the ownership of the lease company, with a secondary rental payment until the tractor is sold, at which point the lease company has the potential to take a rebate percentage on the sale.

The farm’s Entry Level Stewardship (ELS) scheme has expired this year and the partnership has been assessing the new Countryside Stewardship Scheme (CSS).

An application was submitted before the end of September for the Mid Tier scheme, using options from the priority statement for the area, which include flower-rich margins and plots, winter bird food and autumn-sown bumblebird mix on the least productive areas of the holding. We are hopeful of an offer of an agreement and there is £16,000 in the 2017 budget, representing a year’s income from this, although lower than the previous Entry Level Stewardship agreement.

However, payment delays are expected with agreements that started on 1 January 2016, so any income will be placed towards the end of the year in the cashflow plan.