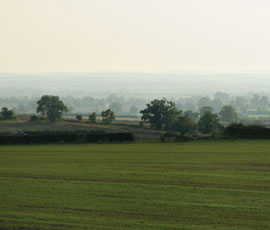 Billionaire inventor Sir James Dyson has embarked on an agricultural spending spree, snapping up thousands of acres of Lincolnshire farmland.


The vacuum cleaner tycoon is believed to have paid some £150m for more than 6,800ha (17,000 acres), purchased through his new company Beeswax Farming (Rainbow) Ltd. The land includes much of the Nocton estate, near Lincoln.


Nocton was the proposed site for what would have been Britain’s biggest dairy farm. But the land was put up for sale after plans to establish an 8,100-cow dairy herd were ditched following objections from animal welfare activists and the Environment Agency.


Buying farmland is popular with many wealthy investors because it doesn’t incur inheritance tax. Some critics feel this unfairly bumps up land values, pricing “genuine” farmers out of the market. But others feel it can create opportunities, too.


Lincolnshire grower Andrew Ward, a former Farmers Weekly Arable Farmer of the Year, said: “If you have to borrow all that money at £8,000-10,000 an acre, it is an absolute non-starter because you cannot fund that sort of lending purely out of farming.”

The alternative was for farmers to approach investors who had recently purchased land and offer to farm it for them, said Mr Ward. “I would quite happily look at that. It is a good way of expanding and getting more acres under your belt.”


Ian Monks, partner at land agent Bidwells, said Lincolnshire could be seen as a barometer for the state of arable farming. “It’s a true farming county where there is less sentiment over buying and selling. People pile in when times are good – but an investor on the Dyson scale is rare.”


A spokesman for Dyson declined to comment on the reason for the land grab, other than to say: “James has always had an interest in farming; he grew up in Norfolk and, when he moved from London to the Cotswolds, it was to a small farm. It is an interest he maintains today.”

Keep up to date with the latest business news