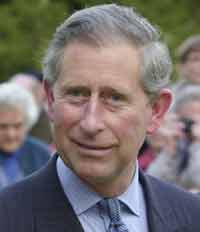 The Prince of Wales has criticised the amount of food that is wasted in the UK, while championing the role organic food could have in feeding the world.

The Prince’s comments came as he visited the Organic Research Centre at Elm Farm, near Newbury – the facility which advised him on the conversion of Duchy Home Farm to organic.

He told gathered guests: “Don’t believe the nonsense that people say ‘we can’t feed the world on an organic basis or sustainable agriculture basis’ – it is absolute nonsense I think.

“Just ask them the next time you hear this endless argument ‘how much waste has there been in the world of all the food we’re supposed to be eating?’ How much is lost in transport and distribution?

“In this country we waste £10bn worth of food every year – wasted. Is that really a sensible system at the end of the day? I don’t think so.”

The Prince was invited back Elm Farm to celebrate its 30th anniversary and open the latest phase of the redevelopment of the institution in the village of Hamstead Marshall.

The ORC was founded 30 years ago as an educational charity to provide sound, evidence based information to farmers, policy makers and the public about organic farming and food.

The centre’s founders also aimed to develop organic farming, believing that it was to best way to produce food in a world of finite and diminishing resources.