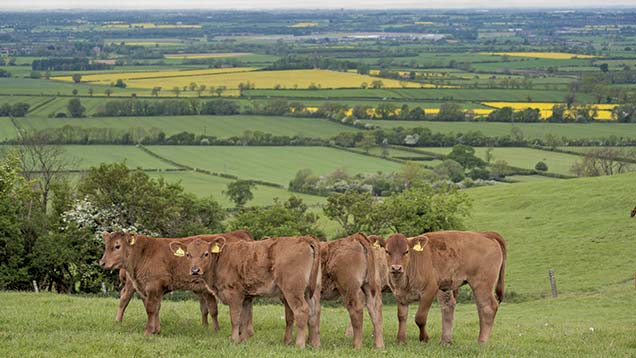 Off-market land sales and purchases are gaining popularity due to a tightening of supply of good-quality farmland, particularly arable, and the continuing strong desire among wealthy individuals to own it.

While confidentiality remained the key driver, off-market sales could offer a commercial advantage to buyers and improve the negotiating power of sellers, said agents.

Richard Liddiard, head of farm agency at Carter Jonas, said off-market sales now accounted for about a third of the firm’s land transactions.

“Farmers Weekly’s Land Tracker shows the area of open market sales has fallen about 13% on the year, suggesting less than 120,000 acres will be publicly marketed this year.

“With land supply so tight, buying agents, once a feature of the country house and high-end residential market, are now seeking out private deals for their clients.”

Such clients will pay a significant premium off-market to secure a suitable property, he added.

“Some top-end buyers are looking at 50-100 years’ ownership. They view land as a safe, secure asset with significant taxation advantages, with the possibility that even a limited development opportunity will deliver a quantum leap in asset value.”

Private sales and purchases would continue to increase, he believed.

“High net worth individuals demanding privacy have greater access to funds, unlike the average buyer reliant on high-street banks who is becoming squeezed.

“In addition, a lot of farmers are seeing their cashflows tighten, which has not escaped the banks.”

“Markets can be created around an individual, especially those looking to build a portfolio, so the need for confidentiality is paramount.”

However, farmers who preferred to keep their dealings out of the public gaze still figured prominently where large blocks of land were on offer.

The key to off-market success was a clear understanding of the market and a good relationship between agent and client to ensure all parties ended up with a satisfactory deal, said Mrs Whitfield.

“You don’t want to tout a private sale to flush out buyers – a good agent should only need to approach a handful on their books.”

A major sale of a 4,500-acre estate in spring 2014 showed what could be achieved, she added. “The buyer came from a totally different area, but our knowledge enabled us to put him and the seller together. A fantastic price was paid, both parties were delighted, and no one knew it had happened.”

Discerning buyers were finding it increasingly difficult to find what they wanted on the open market, he added. “Demand is outstripping supply – they are using agents like us with a good knowledge of the area to go out and look for it.”

This increased the chances of two or three private buyers being interested in a property, maintaining competition and helping to ensure the best price was achieved, said Mr Pearce.

“It may still be preferable to sell a large block of good arable land on the open market. However, some vendors opt for the private route to test the market.

“Others prefer it because they don’t want anyone to know the farm has changed hands. They may continue to live in the house and/or farm the land on a tenancy or contract-farming agreement.”

“This is the sector where investors are looking – they don’t want pure livestock farms, and the smaller the residential element, the better.”

Buyers increasingly accepted they had to pay a premium, perhaps to persuade the vendor not to go to the open market and/or to help secure a sale if they feared others had deeper pockets, said Mr Nocton.

Vendors were cottoning on. “There is enough market evidence to know where to pitch the price privately and add a premium.”

One typical private sale this summer of 400 acres of arable land in north Wiltshire achieved a price at least 10% above the open market value of £10,000/acre.

“In the end, an investor significantly upped the bidding to kill the competition,” said Mr Nocton.

“However, if no one does bite, the vendor can still go to the open market, having preserved their dignity and their negotiating position.”