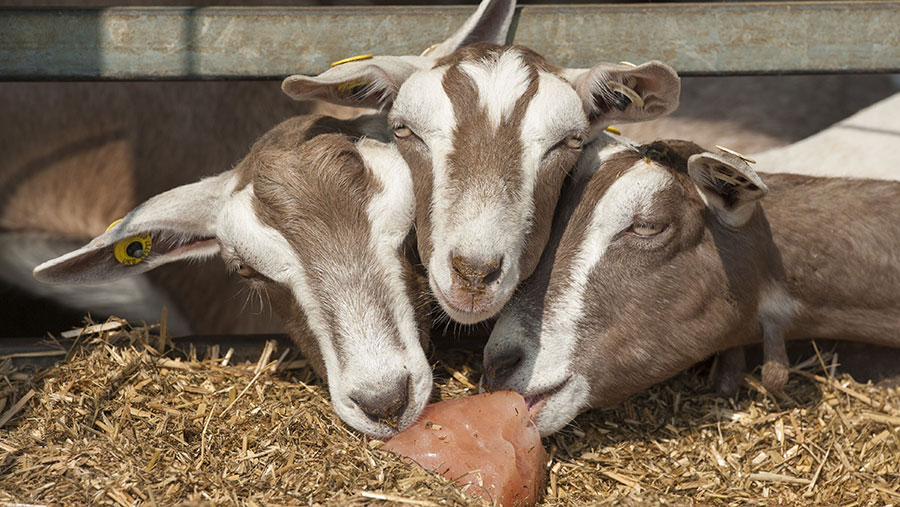 A decision by two processors to serve notice on 13 goat milk producers has been absolutely devastating for all of those affected, according to the Milking Goat Association (MGA).

Arla has served 12-months’ notice on all nine of its goat milk suppliers, while Abergavenny Fine Foods has given four of its 15 farmers until April to find another buyer.

Arla indicated it was leaving the goat milk business altogether while Abergavenny Fine Foods was dealing with an oversupply of milk which had arisen as a direct result of the fire which destroyed its production facilities in 2015.

The moves represent two pieces of difficult news for the UK goat milk industry to emerge within just a few days of each other.

“This is absolutely devastating news for all the goats milk suppliers affected by these two actions taken by goats’ milk processors,” said Sam Kelly from the MGA.

“We don’t understand why Arla has been encouraging more farms and goats in the past two years when we have known as an industry we can’t cope with the surplus of milk.”

Farmers Weekly understands Arla was recruiting new goats’ milk producers as recently as eight months ago, however an Arla spokesman could not comment as the information was commercially sensitive.

Mr Kelly added while some producers may be able to process their own milk, no buyers in the immediate area were in a position to take on the suppliers under notice.

“The MGA wishes to repeat its plea to encourage existing goats’ milk suppliers to engage closely with their milk buyers, to find out what the buyers want.”

One producer who wished to remain anonymous claimed he had been kept in the dark by Arla management for months until he received the letter of notice on Friday (12 January).

“We could never understand why we weren’t given a meeting after repeated requests – if the processor isn’t talking to the producer how the hell are you supposed to work together?” They said.

The producer added they had invested a substantial amount of capital into the business in the past few years and thought it was be unlikely they would find another supplier in the next 12 months.

“How can they go from wanting our milk and recruiting new producers to getting rid of it all in the just a few years?”

The producer added, “We now have 12 months to find another buyer for our milk or our goats will have to all be killed.”

“I can confirm that Arla UK has decided to withdraw from the goats’ milk business and has therefore regrettably served 12 months’ notice to its nine goats’ milk producers,” said a spokesman for Arla.

“Throughout the notice period Arla will maintain its price to those producers.

“We are concerned to hear the allegation that a goats supplier has been trying to contact Arla for eight months.”

They added: “We have a dedicated person assigned to liaise with our goat producers and every producer has her contact details.”

“We have, for some considerable time now, been working with our milk suppliers to try to manage an oversupply position – a direct result of our devastating fire which left us without production facilities and unable to trade for a significant period of time.

“To date, we have unfortunately not been unable to fully reverse this position, despite very strong sales and concerted efforts to cap milk production.

“We have, therefore, had to take the very difficult decision to reduce our liquid milk supplier base, ensuring that we continue to support our remaining suppliers in maximising milk production and working with them to meet our co-ordinated projected growth plans.

“The affected suppliers have been give notice in accordance with their contractual terms and Abergavenny have committed to supporting them where possible through this difficult period.

“As a family owned and run business, Abergavenny fully understand the implications of this decision on its supplier base and it was a decision that the board deliberated at length.”