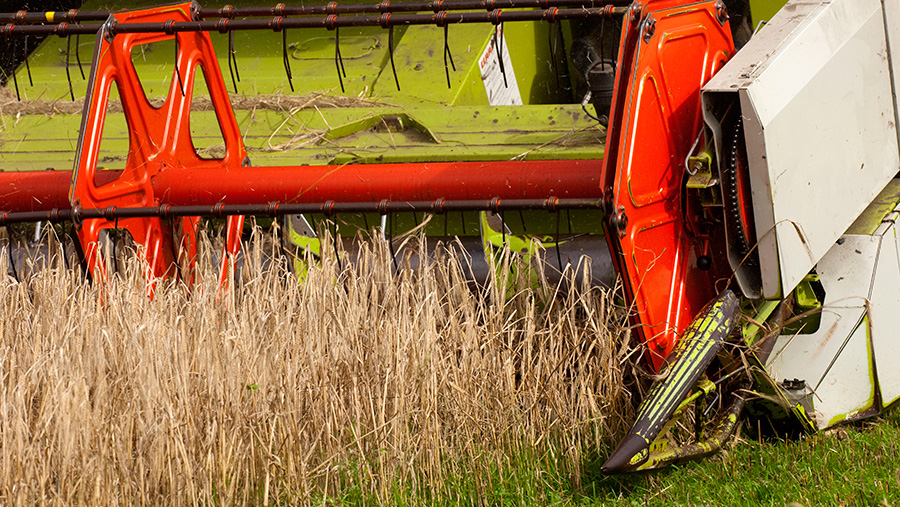 Savills’ annual arable benchmarking survey shows that despite lower fixed costs, production costs for the 2015 harvest were very close to or higher than crop prices.

This was before subsidy, rent, finance and private drawings or partnership shares were accounted for.

Fixed costs still provide the greatest scope for reductions and better use of labour should be a focus for many farms, said the firm’s Andrew Wraith.

This did not necessarily mean less labour but greater efficiency in the way it was used and in conjunction with machinery use.

Those farming in-hand in the survey increased their use of contractors, with this accounting for £89/ha of their £449/ha total machinery, power and labour costs.

“The data suggest that some in-hand farms are making more use of contractors for specific operations and hence an increase in average contract charges but balanced by a reduction in average energy and labour costs,” said director of rural research Ian Bailey.

In-hand farms have higher “other fixed costs” (for example, other than power, machinery and labour) than CFA landowners, at about £105/ha for in-hand businesses and £35/ha for those using CFAs.

The higher levels often reflected the nature of the businesses, said Savills, and were not necessarily related to the farming operations.

Make sure you are employing your staff legally with our employment webinar. We explain who is eligible to apply for residency via the EU Settlement Scheme and how employers can get the correct paperwork and process in place before the deadline on 30 June 2021. Our expert speakers will also discuss the challenges around sponsoring migrant workers and applying for skilled worker visas.
Register now