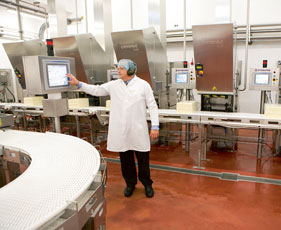 Chief executive Neil Kennedy said the solid results were mainly due to efficiency improvements within the business, combined with better than expected dairy commodity prices.

Member milk price increased on average by 2.75p/litre for manufacturing and 2.53p/litre for liquid schedules over the year, but he acknowledged farmers remained concerned by rising costs and margin pressure. However, he would not confirm whether any further price rises were on the cards.

Trading conditions remained tough in core retail and foodservice markets, with the liquid sector particularly under pressure, Mr Kennedy said. That, combined with renewed food inflation concerns, made it difficult to raise prices, he said.

“As the UK comes out of its peak milk production period, the key factor will be how retailers and processors react to supply-side pressure. For dairy commodities, I’m cautiously optimistic markets will stay firm by historical standards, but we will continue to see volatility.

“The main risk is that commodity prices go too high and stifle demand, and there is also the big unknown of what will happen to global supply as the southern hemisphere enters its peak milk production period.”

Maintaining flexibility to meet domestic and international markets would be the key to the future, Mr Kennedy added. As part of this, the £12m whey processing facility at Milk Link’s Taw Valley Creamery, and the increased capacity at its Trevarrian Creamery in North Cornwall, were both due to come on stream this autumn.