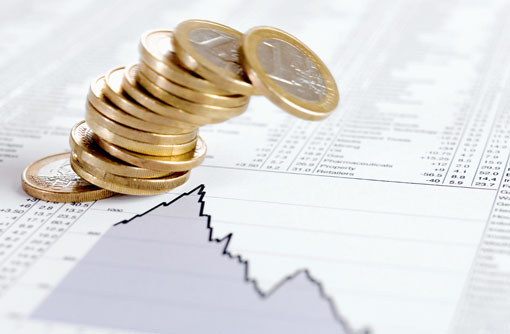 Farmers should be considering what effect a possible break-up of the euro would have on their businesses, and consider measures to protect themselves.

Research by Lloyds Bank shows that the exit from the euro of a country such as Greece could result in a considerable weakening of the currency. This would affect the Sterling value of single farm payments and make British farm exports relatively more expensive.

Senior economist Rhys Herbert says that as the likelihood of a break-up grows, the euro would weaken and the pound strengthen. This could very quickly result in an exchange rate of €1.65 to £1, compared with €1.25 now. The rate would then be likely to stabilise at around €1.54 to £1 by the end of the year. If there is no break-up, the rate might slip to €1.20 by December.

A stronger pound could also increase UK interest rates as investors turn away from the eurozone.

SFP and exports hit most

The two most tangible effects from a weakening of the euro would be on the value of single farm payments and the possible impact on export markets.

Given the income impact this could have on a farm business it is good practice to decide an exchange rate at which the SFP income is acceptable to the business and consider fixing or hedging at that rate.

Managing risk is essential and protecting the SFP is a sensible measure. Farmers, though, should take appropriate professional advice.

Given the ongoing uncertainty in the eurozone, farmers might want to consider hedging their SFPs sooner rather than later. It is an easy process to forward-fix the rate you will receive on 30 September. You’ll then be protected from any weakening in the euro between now and then.

While it is important that farmers are aware of the risks a weakening of the euro could create, any potential change should be seen in perspective.

A weakening of the euro might be damaging but not catastrophic. For one thing, a weaker euro may mean that imported inputs such as fertiliser and machinery will be cheaper, depending on the country of origin.

The effect of a euro break-up on exports is less clear than the expected effect on the SFP, but a much weaker euro would make British shipments more expensive and eurozone imports cheaper.

According to EBLEX, beef exports were up 36% in 2011 aided by a relatively weak pound. But trade was also helped by reduced beef output across Europe. EU figures anticipate a decline in beef production of nearly 3% in 2012. That and growth in sales outside the EU may protect producers from the full impact of a weaker euro.

Exports are key to the lamb industry with around 30% of UK production sold abroad in 2011, according to EBLEX. Sales have grown significantly since the pound weakened in 2008 and would be threatened by stronger sterling. But EBLEX says the UK still has a €1/kg price advantage over French lamb and the EU expects European lamb output to fall by another 1.6% in 2012, further tightening supplies.

The GB pig price is around 12p/kg above the EU import price, and a weaker euro would be almost certain to erode that advantage. However, the introduction of new EU welfare rules could reduce EU output by as much as 10%, according to BPEX. This could help to mitigate any change in currency.

Exports have risen more strongly than imports, but in 2010 (the most recent figures available) the value of exports was only 43% of imports at £923m. The recent fall in world milk prices may have a greater effect on UK prices than a weaker euro.

According to DEFRA, 2011/12 UK wheat exports are at 2.45m tonnes, down by 8% on the previous year. A weaker euro would give countries such as France and Germany an advantage over the UK, but overall prices are more likely to be driven by world supplies rather than by currency changes.

British farming has had to endure very unfavourable exchange rates in the past. In May 2000 the rate hit €1.75 to £1. Generally, UK farming is in a much better state now than it was then.

In the early 2000s many UK meat exports were restricted because of disease. Now British farming has a reputation for delivering high-quality produce, and a tightening in world supplies has pushed up prices, despite currency changes. That just makes it even more important for farmers to protect their income if they can.