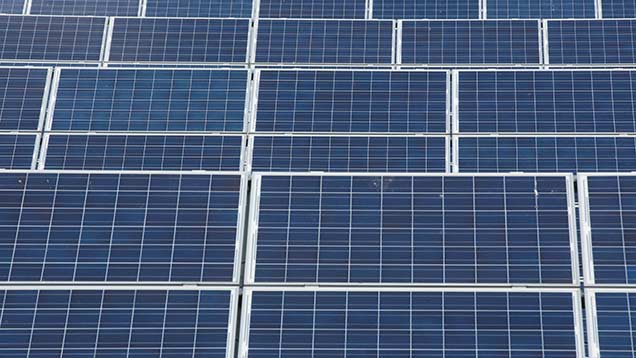 Landowners need to work closely with solar developers to ensure new ground and roof-mounted projects affected by the proposed ending of Renewables Obligation (RO) support can be completed on time.

Last week the Department of Energy and Climate Change (Decc) launched a consultation on ending the RO for solar projects of between 1MW and 5MW by next April, together with proposed changes to Feed-in Tariffs (Fits) pre-accreditation.

Although the proposals are being widely contested by the renewables sector, there are fears the changes will be pushed through, putting pressure on developers to complete projects in time.

Any solar farm project that does not already have a grid application submitted to the Distribution Network Operator is highly unlikely to be developed by the end of next March, Strutt & Parker’s Alexander Creed warns.

“Those that have a grid application currently running still have a chance of being progressed as long as a positive grid indication is received in the next six to eight weeks, to enable a developer to be willing to sign an option and pursue a planning application.

“If planning can be secured by the end of the calendar year it is likely that the project can be built by the end of March 2016.”

A rush to complete projects could put equipment manufacturers under pressure to deliver parts in tight timescales and inevitably there will be some projects that will not meet the deadline, so landowners are urged to speak to their developer to ensure timescales can be met.

As with previous support changes, Decc proposes a one-year grace period, allowing new solar projects and extensions to existing projects to be eligible for the RO until 31 March 2017.

This is only available where preliminary RO accreditation was obtained before the consultation was published on 22 July, or there is evidence of “significant financial commitments” made before that date.

Evidence includes a grid connection offer, confirmation of land ownership or lease agreement, and confirmation that a planning application had been submitted.

There may also be some leeway where electrical grid connection is delayed by factors beyond the developers’ control.

Plans to axe pre-accreditation for Fits will have a particular impact on projects with high capital costs and long lead times, such as anaerobic digestion – a sector already struggling with investor confidence.

“The consultation doesn’t make it clear how projects under way now will be affected, although it suggests the changes will be made before the next degression – hopefully this means April 2016 rather than October 2015,” says Lucy Hopwood, NNFCC lead consultant.

Investment in AD has stalled as developers and investors await the Fits review this autumn and news about the RHI budget beyond next April, she says.

Anyone considering AD is advised to continue planning and developing projects, but limit spend as much as possible, and wait for policy clarification before placing orders, signing contracts and moving ahead.

“Often it’s the early adopters in any scheme who benefit, so it should pay to have projects ready to move as soon as the future becomes clearer.”

Decc also plans to review RO support bands for sub-5MW solar in England & Wales. No details have been published and will depend on the outcome of a study investigating whether solar deployment costs have fallen more than anticipated.

There has been widespread disappointment at the timing of Decc’s consultations, which coincided with the House of Commons rising for summer recess and the main summer holiday period.

Proper parliamentary scrutiny is therefore not possible until after the consultation deadlines, the chairman of the Energy and Climate Change Committee Angus Macneil says.

“It’s vital the [consultation] process is not ignored and the renewable energy sector makes sure Decc isn’t allowed to hide behind a poor response when cuts are implemented.”

Decc’s announcements coincided with a KPMG report, commissioned by the Renewable Energy Association, that predicts solar could compete with conventional power generation and be subsidy-free within five years.

The sector has benefited from rapid cost reductions of 70% since 2010, but a “managed transition” away from subsidies over the next five years is needed rather than an immediate end to support, it says.

Future cost savings are likely to be less dramatic and will depend on the volume of production and efficiencies gained.

The report outlines several ways to maintain demand for solar PV, including: