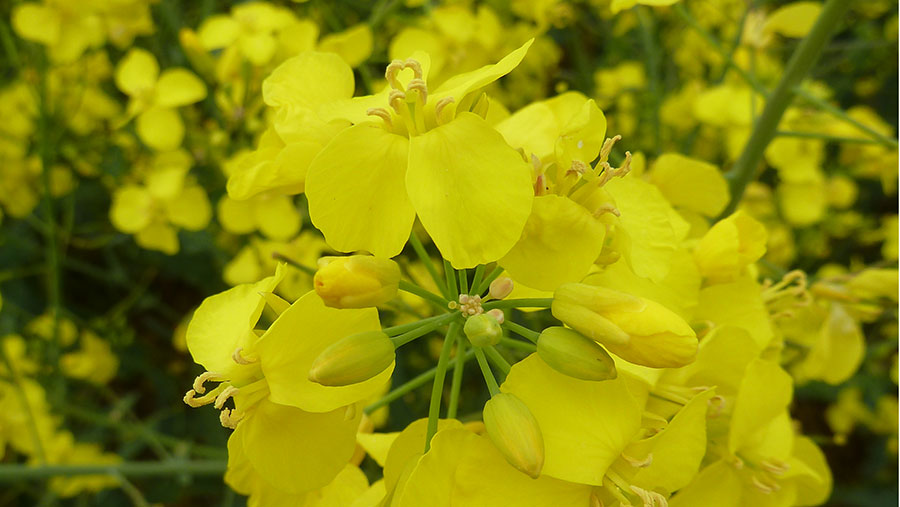 Rapeseed prices rose by £2/t-£4/t over the week to Friday (4 August), on global weather news and higher forecasts for Chinese and Indian vegetable oil consumption.

This put spot seed in a range between £295/t ex-farm in North East Scotland and £312/t ex-farm in Essex and Hertfordshire.

Prospects for the US soya bean crop have been driving much of the movement in rapeseed prices, with US crop conditions falling and crops in Canada and Australia also affected by dry weather.

The next month is likely to be make or break for US soya bean yields as most of the crop enters the “setting pod” phase, said AHDB Cereals and Oilseeds.

Good rain is needed to secure good yields, it said in this week’s market report, pointing out that the latest US drought monitor report showed that on 25 July, around 14% of the US soya bean area was experiencing drought.

Other soya bean areas had received excessive rainfall and so the picture of the state of the crop was variable.

The next notable market movement is likely to come with the release of a US Department of Agriculture report on 10 August.

Other factors included lower crude oil production and a reduction in the forecast EU rapeseed harvest size to between 21.3m and 21.9m tonnes.

The Northern European harvest is being hampered by the stop-start weather, but crops are yielding well.

The International Grains Council reduced its global soya bean crop estimate for 2017-18 early this week, from 348m tonnes to 345m tonnes, but pointed out that this was still the second highest crop ever.

“However, with Black Sea cargoes on the water destined for Dutch and German crushers, these opportunities will quickly disappear.”

He said that UK domestic values needed to come down relative to the European market to make UK seed competitive.