An extremely rare 11,000-acre estate on the Scottish island of Jura has come to the market for the first time in 30 years.

The estate – the so-called “Jewel of Jura” – has eight houses, seven small islands and 10 miles of coastline for a price tag of £3.5m.

The estate, which is being sold by agent Strutt & Parker, has an in-hand farm with a suckler cow herd, cross-bred sheep flock and the sale includes Single Farm Payment entitlements.

Strutt & Parker’s Rob McCulloch, said: “The island of Jura has an almost mystical appeal to outdoor enthusiasts of all types”.

The key attractions of the estate are the stunning cliff top walks and the internationally renowned gardens. The Australasian themed gardens are open to the public and there is also a walled garden with 2 acres of fully stocked beds. 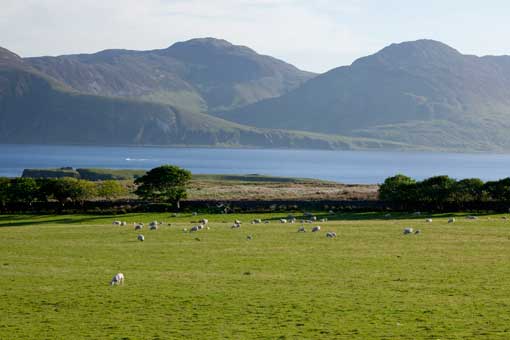 Jura House is in the middle of the island and has views from Islay to Ireland. The house was built in 1881 for shooting parties, the reason for the mansion’s 16 bedrooms.

The island has a lot of history. George Orwell wrote his critically acclaimed book 1984, on the island. It is also very well known for its whisky and mythical underground distilleries. The name of the island is supposed to have come from the Norse phrase for “Island of Deer”, as the human population is said to be dwarfed 25 to one.

The Ardfin Estate has many different sporting facilities, such as stalking, shooting, fishing and archery. Sailing enthusiasts can test their skills on the infamous Corryvreckan whirlpool, the second largest tidal whirlpool in the world.