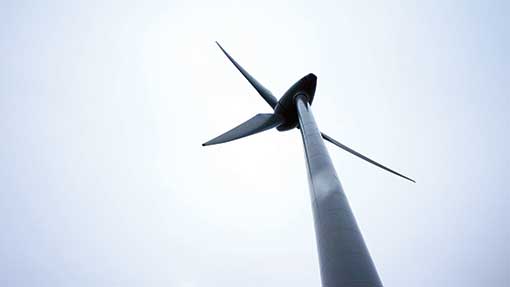 Renewable sources produced a record 19.4% of the UK’s electricity in the first three months of the year.

Decc’s latest energy trends report shows that the share contributed by renewable sources increased by 6.9% points compared with the same period in 2013. Increased capacity, high wind speeds and heavy rainfall contributed to the increase at a time when overall demand was low, said the report.

Onshore wind showed the largest rise in generation levels, up 62% to 6.6TWh (1TWh = 1MWh). Offshore wind rose 53% to 4.4TWh while high rainfall in Scotland led to a record 2.2TWH being produced by hydroelectric installations.

Renewable energy generation capacity at the end of the quarter was 15% higher than at the same time in 2013 to 20.8 gigawatts (GW – one gigawatt is 1bn watts). Two-thirds of this increase was accounted for by large-scale solar developments.

Overall electricity generation in January to March this year was down 8.2% as it was the warmest first quarter for seven years.