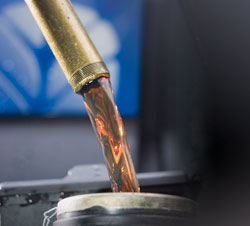 Continuing high oil prices pushed the price of red diesel up another 3p/litre in April, according to the latest Farmers Weekly/NFU Inputs Price Monitor results.

Farmers paid an average of almost 68p/litre for red diesel last month, while white diesel and kerosene also gained around 4p/litre on the March averages, to 121p/litre and 59p/litre respectively.

But a drop in oil prices at the beginning of May has taken some of the immediate pressure off, NFU regulatory affairs adviser Peter Garbutt said. As Farmers Weekly went to press on Wednesday (11 May), spot Brent crude had dipped to $113 a barrel, compared with $120-125 a barrel for most of April.

The survey also showed the urea price fell away in March, but had since rebounded, making reported deals done at £260/t for August delivery seem a good buy, Mr Garbutt said. “Deals of £290/t and lower are available for imported ammonium nitrate as merchants look to clear stores for the end of the season.”

“We expect new season prices to be available in the next few weeks, but with a continued strong world wheat price and the anticipated high global demand for urea, ammonium nitrate is likely to be priced accordingly.”

You can view previous IPM results and take part in May’s survey at www.fwi.co.uk/IPM. The process is quick and anonymous and will help present a more accurate picture of actual input prices around the country.