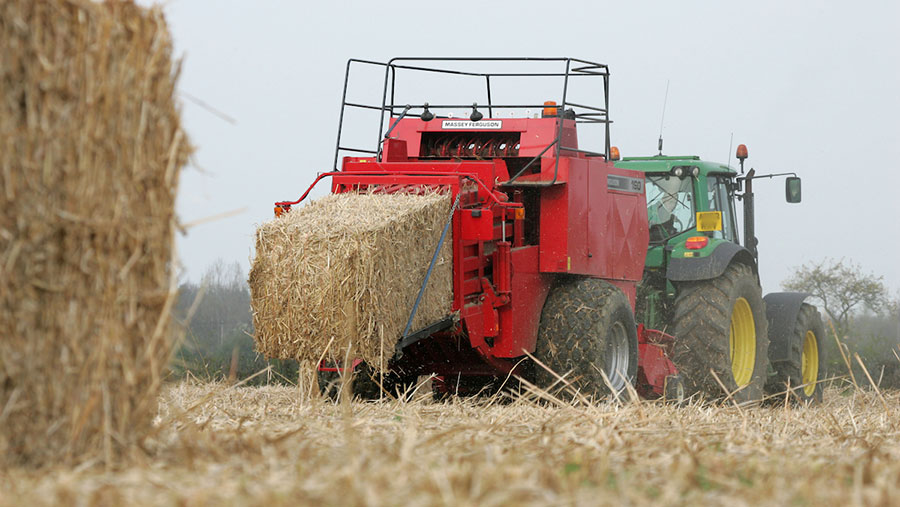 Thousands of growers supplying crops under the Red Tractor assurance scheme for renewable energy are facing severe disruption, with crops left uncollected because of an administrative delay in Brussels, according to the NFU.

The scheme is used in England and Wales as the certification body to prove crops meet EU sustainability rules.

The crops most affected so far are feed wheat for bioethanol and oilseed rape for biodiesel production.

Like all schemes of its kind, the Red Tractor only has a remit under EU rules to operate for a five-year period. When this time expires it must resubmit a request for approval to EU Commission officials.

This was last granted in 2012 and despite reapplying in February this year, well ahead of the scheme’s expiry date on 1 August, the EU has not yet granted approval.

Certification has now lapsed and the crops cannot be processed by renewable energy plants.

“Growers and merchants are having to find extra storage for harvested crops while the issue is sorted out,” Ms Morgan said.

“About 40% of British OSR is sold for processing in EU plants. Without the approval it cannot move.

“We do not want to see that much rape or other grain being put into other markets and undermining prices,” she said.

“We also don’t want to see imported grain being bought by UK plants when there is perfectly good home-grown crop,” Ms Morgan added.

Does this affect you? If you have had crops held back because of the failure to re approve the Red Tractor by the deadline, please get in touch – suzie.horne@rbi.co.uk or telephone 0208 652 4923

It is now critical for farmers and the supply chain the commission publishes its decisions on either a temporary solution or full approval, she said.

West Country grower and NFU combinable crops board chairman Mike Hambly said he was “at a loss as to why Brussels had not rubber-stamped the Red Tractor reapproval”.

“The NFU is confident the commission has no substantive reason to cause further delay. To our knowledge, there are no questions about the scheme outstanding,” Mr Hambly said.

“This is a very disruptive situation for farmers who are finding themselves unable to have their grain collected by merchants and, in some cases, having to accommodate temporary storage for this produce,” he added.

It is vital for the arable industry the commission provides a solution quickly after a needless delay because the problem is getting bigger all the time, Mr Hambly added.

And he called on UK officials in Brussels to press the commission to act quickly to alleviate the building pressure on growers.

“Since the commission allowed approval to expire, the NFU has taken this matter to the highest levels in DG Energy in the commission along with UK government. I would urge the UK’s representatives in Brussels to raise this as a matter of urgency,” Mr Hambly said.